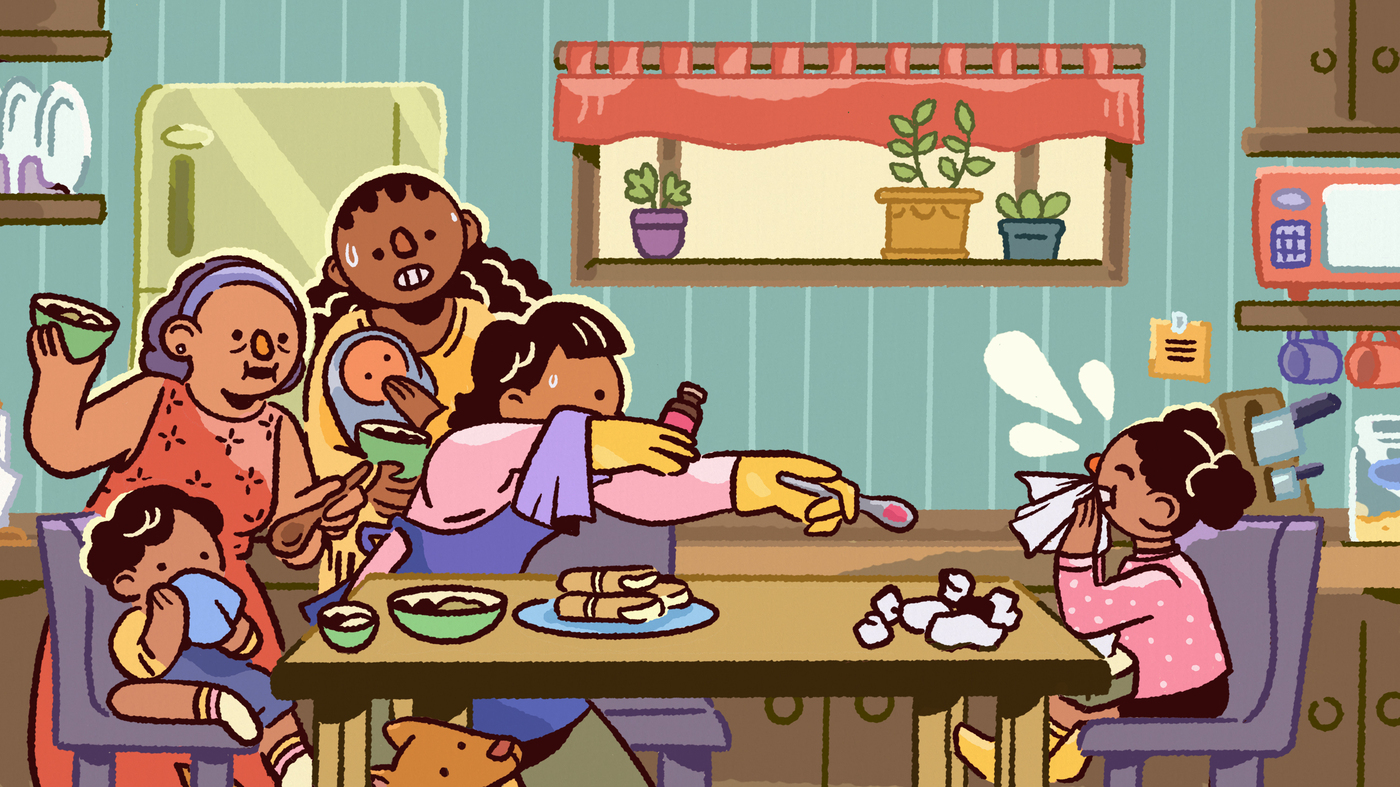 Jun 16, 2021 2 mins, 26 secs
lifted its mask mandate a few weeks ago, both my kids got runny noses and coughs, and as soon as they tested negative for COVID-19, my pandemic fears were replaced by a familiar dread."If someone in your house is sick, you're not only breathing in their sick air, you're touching those contaminated surfaces.

You're having closer contact, you're having longer exposures," says Seema Lakdawala, a researcher at the University of Pittsburgh School of Medicine, who studies how influenza viruses transmit between people.

Lakdawala says many strategies we all picked up to fight COVID-19 can also stop the spread of many routine respiratory viruses.

"If you're going to be face to face with them — they're sitting in your lap, you're reading to them, you're feeding them, etc.

Even better, if it's not too uncomfortable for your sick child, have them wear a mask, Lakdawala says?

"If your kids are old enough to wear a mask, that would probably be the best strategy, because then you're reducing the amount of virus-laden aerosols in the environment.".

For most respiratory viruses, "the infectious period is probably similar to that of COVID," says Dr.

It might technically start a few days before symptoms begin and last for up to two weeks, but your sniffly kids are likely most contagious during those first runny-nosed days Shu says.

"You could have kids over [age] 2 wear a mask for the first three or four days of symptoms," she suggests.

When Lakdawala's 5- and 8-year-old kids get sick, "I open the windows, I turn on the fans, I get a lot more air circulation going on in the house," she says — that is, weather and allergies permitting, of course?

But certainly, she says, "the better the ventilation, the less likely the viruses are going to get transmitted from one person to another.".

Obviously, you can't isolate a sick child in a room by themselves until they recover, but Lakdawala says not getting too close or for too long can help.

When her kids are sick, "I do try to just not snuggle them — keep them a little bit at a distance.".

Instead, just try to encourage kids who are sick to use their own towel — and do what you can to give towels a chance to dry out between uses.

"And if you're going to use hand sanitizer, it has to be at least 60% alcohol.".

Whether you get sick from that germy onslaught is going to depend on a lot of things — the particular virus, whether the sneeze landed in your mouth or nose, whether you've been exposed to some version of that virus before and more

"Just because somebody breathed on you once doesn't necessarily mean that that's what's going to get you infected," she says

"Every layer of protection helps — if you find that wearing a face shield is too much, but you do everything else, you're still going to limit your exposure," she says