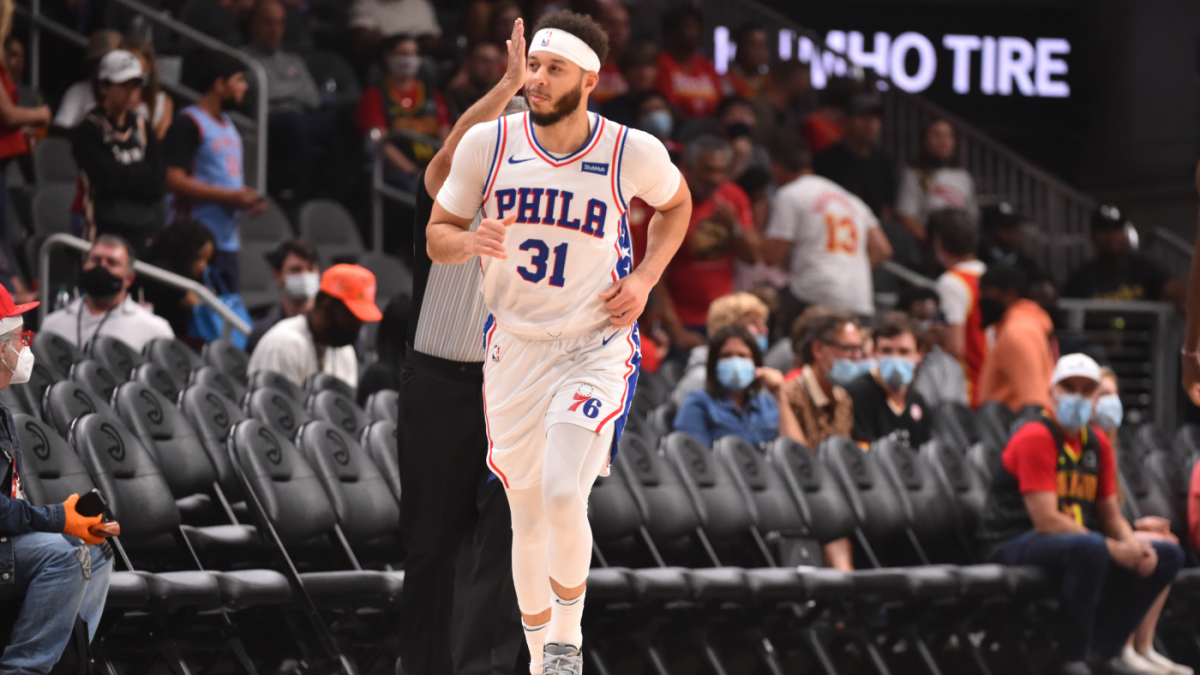 Jun 19, 2021 2 mins, 55 secs
It wasn't easy, but the Sixers overcame an early double-digit deficit to pull out a 104-99 win over the Atlanta Hawks to force a decisive Game 7 on Sunday night in Philadelphia.Tobias Harris and Seth Curry led the way for Philly, as they both scored 24 points, while Joel Embiid added 22 points and 13 rebounds.

The Sixers also got a huge boost off of the bench from Tyrese Maxey, who played 29 minutes and tallied 16 points and seven rebounds.

On the other side of the floor, Trae Young was excellent for Atlanta, as he has been all series.

He finished the game with 34 points and 12 assists, but ultimately his production wasn't enough to propel the Hawks to victory.

The loss was a tough one for the Hawks, who had an opportunity to close out the series in front of their home crowd.

Heading into the game, they had all the momentum in the series after pulling out two straight comeback wins.

Heading into Game 6, Sixers rookie guard Tyrese Maxey had played 33 total minutes in the series against the Hawks.

But, when the Sixers needed a spark after falling behind in the game early on, Maxey was ready to deliver.

Maxey entered the game a little less than midway through the opening period and he immediately provided a big boost for Philly.

He went 3-for-3 from the floor and scored six points in that first quarter to keep the Sixers in the game while other key contributors were struggling to produce points.

In that final period, he played over 10 minutes and scored seven points, including four clutch game-sealing free throws down the stretch.

In all, Maxey played 29 minutes and finished with 16 points, seven rebounds, an assist, a steal and a block.

After the game, Tobias Harris said that Maxey was the "spark of the game for the Sixers," and he was right.

Not only did Maxey give the Sixers a big boost offensively, he also did a solid job of defending Trae Young on the other end.

Maxey spent a lot of time on Young down the stretch, and Young shot just 2 of 9 in the final quarter. .

Given how well he played in Game 6, Maxey will likely be in line for major minutes again in Game 7. .It seems like Trae Young has set some kind of NBA playoff record virtually every game this postseason, and Game 6 was no exception.

Heading into the game, Young had scored or assisted on 536 points for the Hawks over their first 10 games, which was the most ever by a player through his first 10 career playoff games.

Seth has been on fire all series against Atlanta, and Game 6 was no different.

Seth Curry in the Hawks series:.During the first few minutes of the third quarter, Curry hit three straight 3-pointers to lift the Sixers into the lead -- a lead that they wouldn't relinquish. .

Now, the Sixers just have to hope that Curry can continue to stay hot in Game 7, and potentially beyond. .