A 'ring of fire' solar eclipse will bring a subdued sunrise to the northeast US and Canada on Thursday - Space.com 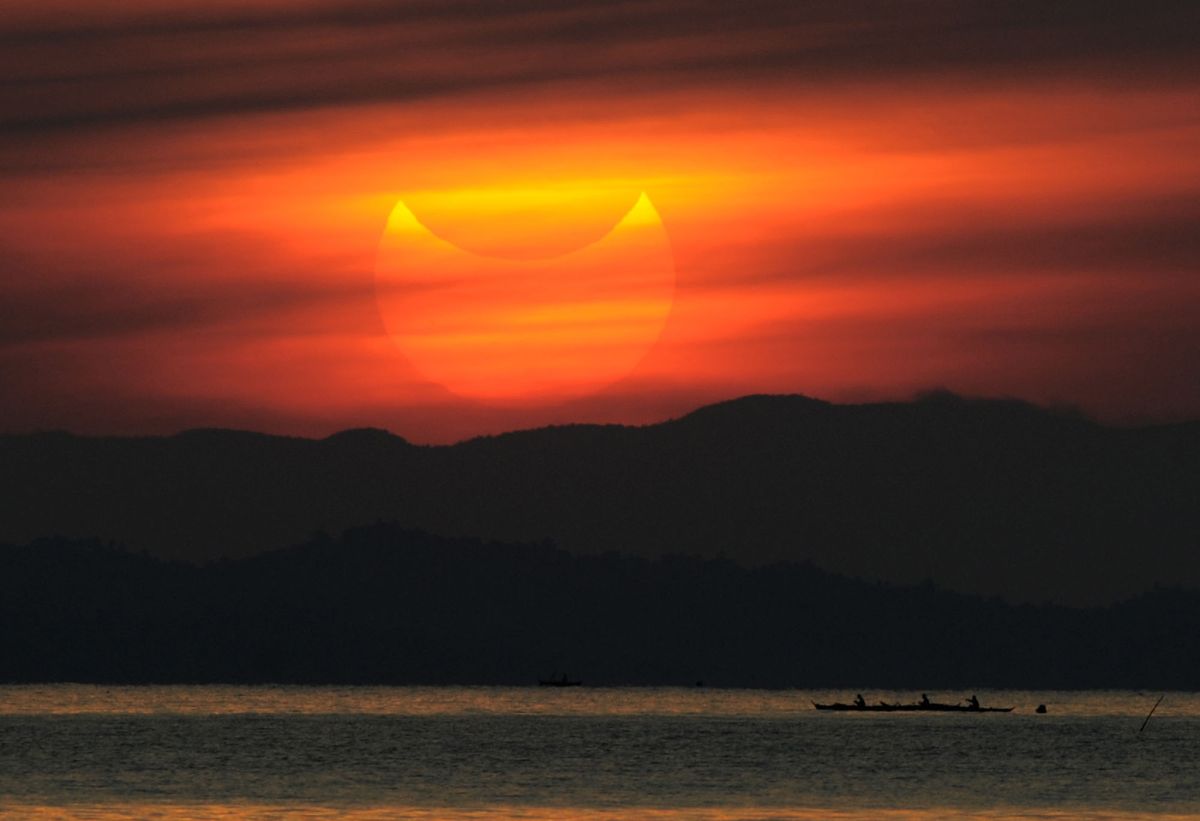 Peltier wrote of his observation of a partial solar eclipse on June 8, 1918.

When the eclipse reached its peak, Peltier described the overall scene: "The nearby fields, the distant vistas, all seemed wrapped in some unearthly early twilight.

Related: Solar eclipse guide 2021: When, where & how to see them.On July 10, 1972, a partial eclipse reached 79.5% coverage over New York City.No place in the United States will see the "ring of fire." However, parts of Minnesota, Wisconsin, and North Dakota, as well as a slice of southeast Manitoba, and southwest Ontario provinces would witness the annular phase — except it happens below the horizon prior to sunrise; a "faux zone" of an annular eclipse.

By the time the sun finally comes up at 5:36 a.m., the magnitude will have shrunk to just 26.5% with the moon rapidly retreating off the sun's disk. .

The table below provides specifics for five locations very near to or within the "faux annular eclipse path." Provided is the duration of "faux annularity" in minutes and seconds, the time of sunrise and its accompanying magnitude values, along with the time of the end of the eclipse.All five cases are for where maximum eclipse is around 6 degrees or less below the horizon — a time known as "civil twilight" — when the sky normally becomes bright enough for motorists to turn off their headlights.

But on June 10 the skyglow may be quite subdued or perhaps even briefly missing due to the annular phase already in progress.