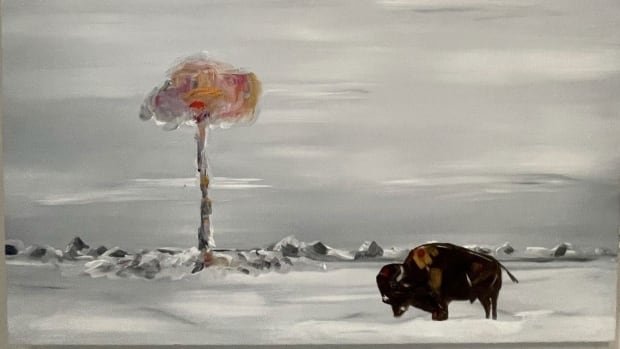 May 20, 2022 1 min, 39 secs
Variations of this image appear over and over again in Alberta Indigenous artist Adrian Stimson's first solo European exhibit, which opened in London, England, on May 16. .Stimson said he hoped his collection, entitled Manifest Buffalo: A Bison Dream, would create a space for people to engage in conversations about Canada's dark history with Indigenous people. .

But that doesn't mean that we should forget what happened, because when we forget what happens … it will continue to happen," said the 58-year-old Stimson, a member of the Siksika First Nation, who spoke to CBC on the night of the opening. .