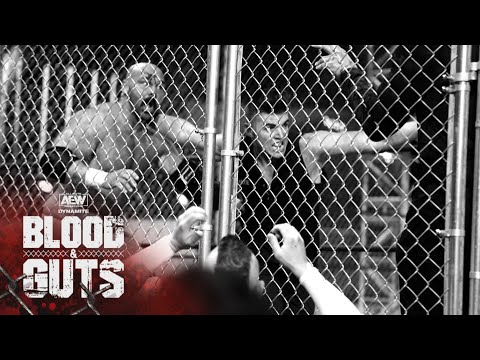 May 06, 2021 59 secs
AEW star Shawn Spears believes Blood and Guts – AEW’s version of WarGames – is closer to the original WarGames matches produced by NWA’s Jim Crockett Promotions in the 1980s.Spears, who was part of the first-ever Blood and Guts match on this week’s AEW Dynamite, said that modern pro wrestling fans are accustomed to WWE NXT’s version of the WarGames structure – which has no roof and allows competitors to use foreign objects and fight outside the two rings.“I’m not sure how many people nowadays, our general audience nowadays, has even seen some of the original WarGames matches,” Spears told Gary Casidy of Inside the Ropes.