'America is back': Biden pushes past Trump era with nominees 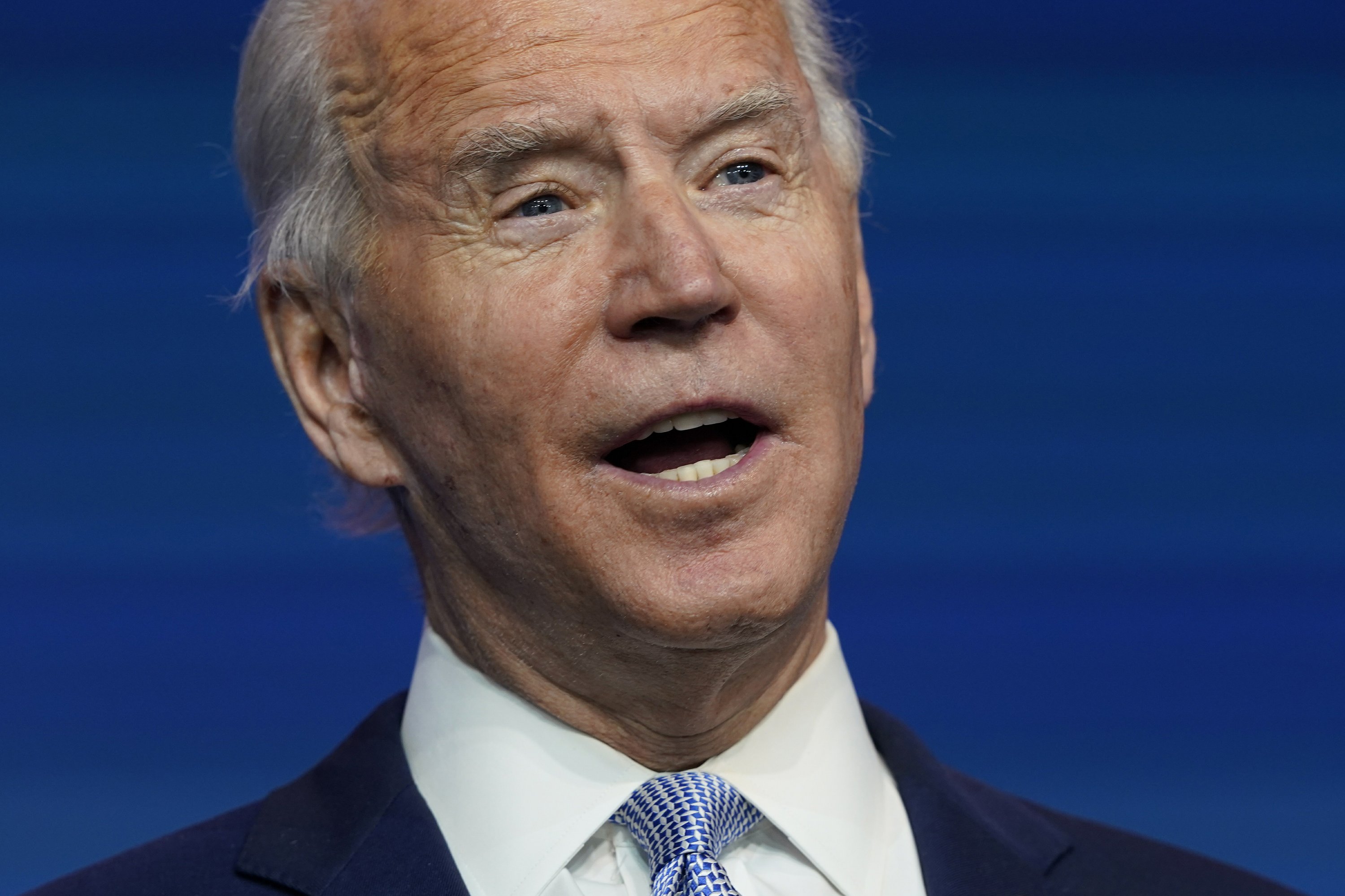 Nov 25, 2020 1 min, 46 secs
(AP) — Declaring “America is back,” President-elect Joe Biden introduced his national security team, his first substantive offering of how he’ll shift from Trump-era “America First” policies by relying on experts from the Democratic establishment to be some of his most important advisers.“Together, these public servants will restore America globally, its global leadership and its moral leadership,” Biden said Tuesday from a theater in his longtime home of Wilmington, Delaware.The nominees are all Washington veterans with ties to the Obama administration, a sign of Biden’s effort to resume some form of normalcy after the tumult of President Donald Trump’s four years in office.On Tuesday they stood behind Biden and Vice President-elect Kamala Harris spaced apart and wearing masks to prevent the spread of the coronavirus, a contrast with Trump and many of his top aides who have largely eschewed facial coverings.The president-elect’s team includes Antony Blinken, a veteran foreign policy hand well-regarded on Capitol Hill whose ties to Biden go back some 20 years, for secretary of state; lawyer Alejandro Mayorkas to be homeland security secretary; veteran diplomat Linda Thomas-Greenfield to be U.S.While Trump expected total loyalty from his Cabinet and chafed at pushback from advisers, Biden said he expected advisers to tell me “what I need to know, not what I want to know.”.

The diplomat, in turn, said that with his selections, Biden is achieving much more than a changing of the guard.

Biden’s team now is in contact with all federal agencies, according to a transition official who spoke on condition of anonymity to describe developments that have not been announced.

Muir said the first meeting with Biden’s team was held virtually on Tuesday morning and that he expected daily meetings to come — some virtually and some in person.

He said normal accommodations for the Biden team have been made, including provision of briefing materials, video-teleconferencing capabilities, and office space inside the Pentagon.