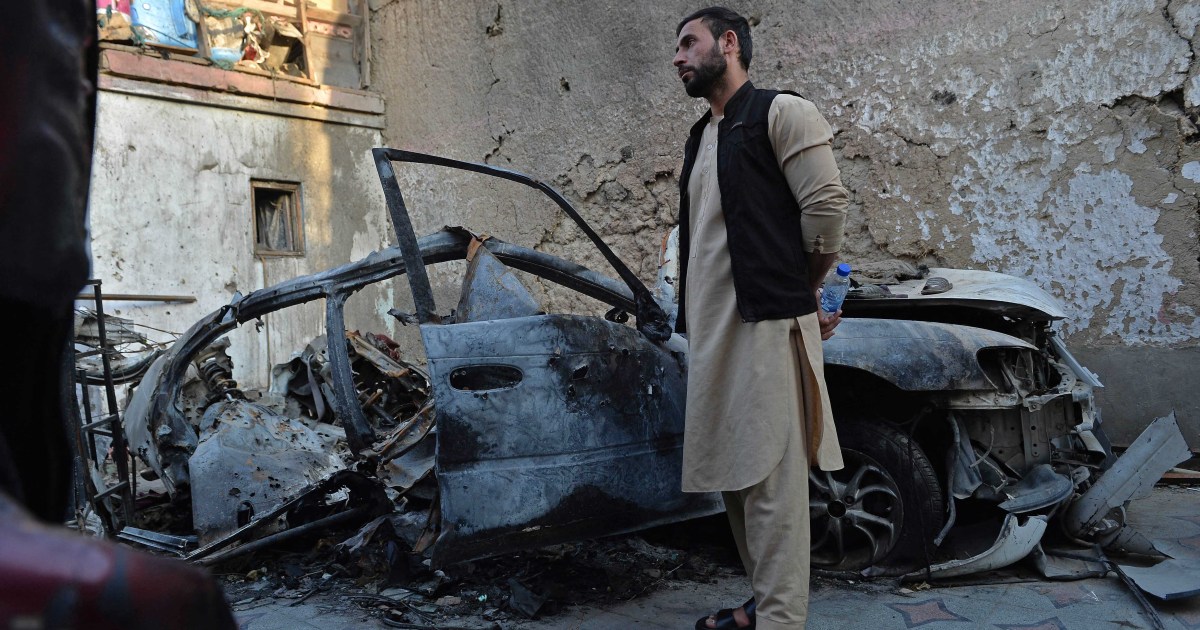 Sep 27, 2021 1 min, 38 secs
Then, in a happy family ritual, Ahmadi let one of his children hop into the driver’s seat to finish parking in the gated courtyard.

The 10 dead included Ahmadi and three of his children, Zamir, 20, Faisal, 16, and Farzad, 13, as well as his cousin, Ahmad 30, and three of Ahmadi’s nephews, Arwin, seven, Benyamin, six, and Hayat, two and two three-year-old girls, Malika and Somaya.

At first, the US military insisted, with typical bravado, that its carefully planned attack – triggered by unimpeachable “intelligence” that warned of impending mayhem – was “a righteous” reply that rid the world of a terrorist implicated in the murderous assault days earlier on Afghans and American soldiers milling outside Kabul’s airport, waiting for flight out and far from the Taliban’s murderous tentacles.The slaughter of Ahmadi and the other Afghans in that tiny courtyard was not a “mistake”.

What US soldiers and spies conspired to do to Ahmadi and his extended family was a heinous crime.

But US soldiers and spies know that being “wrong” rarely results in being arrested.

Just like all the other soldiers and spies who have made lethal “mistake” after lethal “mistake” in Afghanistan and beyond, none of the architects and perpetrators of this latest US-engineered bloodbath will be held to account in or out of court.