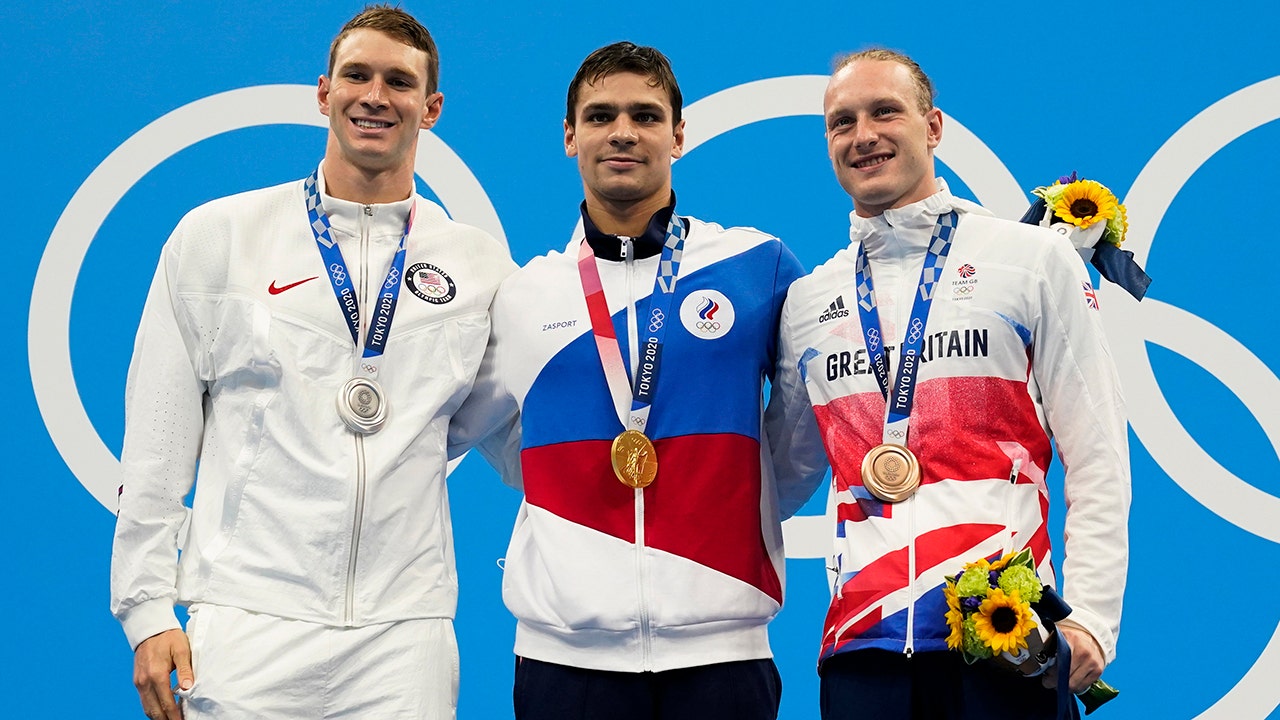 Murphy vented his frustrations after he took silver in the menâ€™s 200-meter backstroke, losing to Evgeny Rylov of the Russian Olympic Committee (ROC).

From left, Ryan Murphy, of United States, Evgeny Rylov, of Russian Olympic Committee, and Luke Greenbank, of Britain, pose with their medals after the men's 200-meter backstroke final at the 2020 Summer Olympics, Friday, July 30, 2021, in Tokyo, Japan.

The Russian Olympic Committee responded on its official Twitter account.The paper reported that the International Olympic Committee officially banned Russia from the Tokyo Games due to fallout from a doping scandal, though hundreds of Russian athletes were still competing under the ROC banner. .Murphy just three days prior finished third in the 100-meter backstroke behind Rylov and another Russian, Kliment Kolesnikov.The latest rules and restrictions on Russian athletes participating in the Olympics came last year from the Court of Arbitration for Sport (CAS) amid the countryâ€™s cover-up of anti-doping data.The World Anti-Doping Agency (WADA) spotted strange anomalies in Russiaâ€™s lab files related to doping.The doping revelations resulted in a four-year sanction against Russia, but the country denied any wrongdoing and the penalty was cut in half by the Court of Arbitration for Sport.Two Russian swimmers, Alexandr Kudashev and Veronika Andrusenko were initially banned from competing in Tokyo by the world governing body FINA because of evidence gathered from the Moscow lab