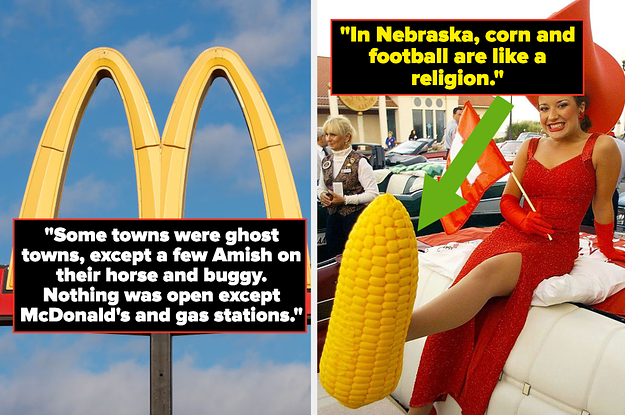 May 21, 2022 4 mins, 12 secs
"It broke my heart to leave Alaska, and moving back to my hometown was a culture shock that I’m still adjusting to. California summers are a rip-off — dark by 9 p.m., and it’s too hot. In AK, I could get off work at 8 p.m. and still go on a long hike with no lack of light, and it was rarely too hot. But, damn the winters are hard, and California winters are much nicer. There was more diversity in my Alaska home than my rural California home, and I really miss that. The best Korean food I’ve ever had was in Alaska, and not even LA or SF had better; I guess I need to keep looking! But Alaska’s fruit is terrible, and I have fresh, lovely fruit in CA.""Then the flip side: I have family in Arizona, and they live in town with a population of less than 1,000. The town completely shuts down by 8 p.m. — even the ice cream parlor. They live so far outside of the town’s center that you can’t just run to the store if you forget something; the nearest gas station is at least 30 minutes away. Amazon doesn’t deliver to them because they live on an unnamed street. Giant mountains surround them, and there's a waterfall visible from their house when it rains. Just a totally different life out there.""In Tennessee, we made a stop at a McDonald's for some food. The second we walked in, my now-ex stopped dead in his tracks and said to me, 'You do the talking.' The entire place was covered in orange for some university, and it was our first experience with thick Southern accents. South Carolina was also my first experience with a 'dry state.' I didn't even know this existed until visiting here. Some other moments: Asking what pop they had at a restaurant, and having just blank stares in return. Churches on every single corner, even if they are just a trailer. Anything could be a church. Southern hospitality exists; I could not believe how friendly people were! And that palm tree with the star being EVERYWHERE. I have never seen a state symbol used so much, and with so much weird pride behind it.""On the other hand, my mother finds the state we live in now a big shock from growing up in Jersey. She says the people here are really cold and unfriendly, which really is about keeping to yourself and not bothering others, so you can all just get your errands done.""People from different regions of the US always seem to be very fascinated with our accents. I went to Vegas for a few days and was asked where I was from several times. I personally don’t have as strong of an accent as most people from my area because I went to speech classes growing up, but it made me aware that even though subtle, I have a uniquely Floridian southern accent.""It does give me a weird 'Isn't this the SAME STATE?' feeling, and I'm having a difficult time articulating why the two halves of the same state feel so distinct from one another, even though I live here. 4) Even dialects and accents vary wildly between the two halves of this state; take your average joe from Philadelphia and someone from downtown Pittsburgh, and you'd think they were from two different countries.""Leaving the Cubs game, people just brushed by without paying any mind. It was very interesting. I don't have any hang-ups about one being better than other. It's just different.""When I visited the South — Georgia and Carolina — I found the culture to be very comfort-oriented and familiar to folks from New England or the mid-Atlantic. People on rocking chairs on their porch sipping beer. Enthusiastic about real hot meals with seafood and vegetables, making sure everyone is wearing comfortable clothes. Cool architecture and historic buildings. Cool haunted stories with a long history of generations. Lots of museums and literature. People really celebrating the culture, history etc. of the place in a relaxed comfy manner.""1) They don’t serve cold tea in December outside the South, and if you order iced tea from a place that actually has it, they probably won’t serve it presweetened.

3) Manners are different in different regions. In some places, the rudest thing you can do is waste someone’s time. In others, not acknowledging someone’s existence is the height of tackiness. But people are just as willing to help you anywhere.

4) Other people don’t call shopping carts 'buggies,' and some Northerners will fight you for calling all carbonated sugar water 'coke.' But only a-holes will pretend not to understand that tennis shoes and sneakers are the same damn thing

Also, 'fixing to' isn’t a common way to say 'about to' outside the South, and people will laugh at you for using it (they’ll actually just laugh at/disparage your accent and dialect more generally)."