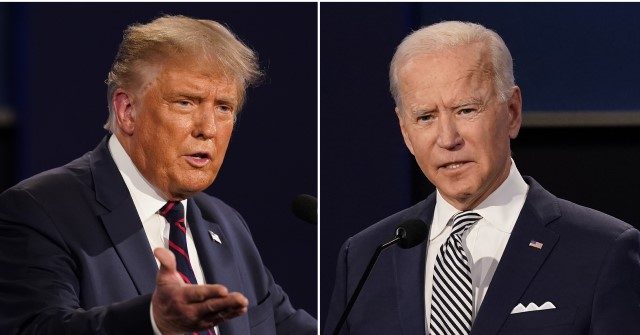 Dec 03, 2022 42 secs
More Americans do not want President Joe Biden to run in 2024 than those who do not want former President Trump to run, a survey from The Economist/YouGov found.The survey asked respondents, “Do you want Joe Biden to run for president again in 2024?”.The same question was asked about Trump, and while most surveyed said they do not want him to run again either, it was less than for the sitting president — 54 percent.

His approval rating is also 11 points under water — 50 percent disapprove and 39 approve.

The survey coincides with a Politico survey released last week, which found 65 percent expressing the belief that Biden should not run for office again

Gavin Newsom (D), for instance, has reportedly said he will not run for president in 2024 if Biden chooses to do so.