Ancient superpredator that lived 328 million years ago was 'the T. rex of its time' - Livescience.com 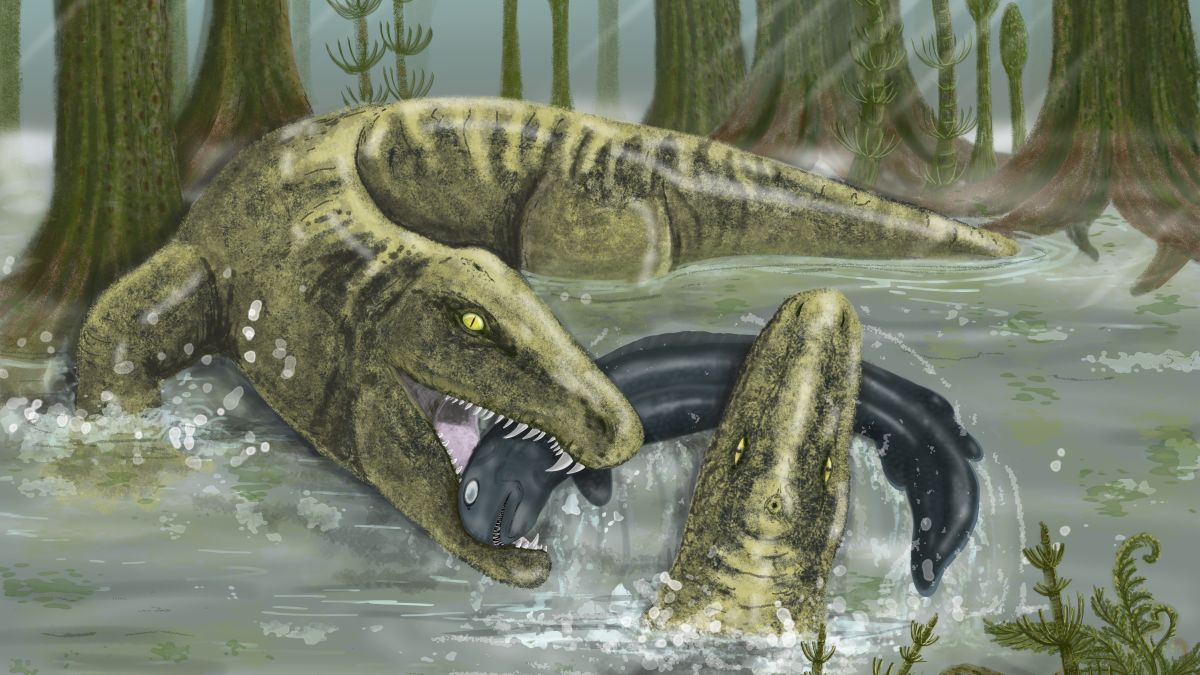 Nov 30, 2022 1 min, 36 secs
The predator, an early four-legged vertebrate known as a tetrapod, lived around 328 million years ago during the early Carboniferous period."It would have made Whatcheeria the biggest thing in the lake: Go wherever you want, eat whoever you want," said Ben Otoo (opens in new tab), a doctoral candidate at Chicago's Field Museum and the University of Chicago and one of the authors of a new study describing W.

deltae specimens — some bone fragments and some nearly complete skeletons — when they noticed that the limb bones of the animal came in different sizes.

The size differences weren't based on when or where the fossils were found, so Otoo realized that they were looking at bones from animals of different ages.

By looking at growth rings in the bones, the team found that W.

All of the nine specimens they studied were older juveniles and young adults, Otoo said, so it seems that the animals bulked up to around 3.3 feet (1 meter) in length as they neared sexual maturity and then grew larger more slowly in later adulthood. .