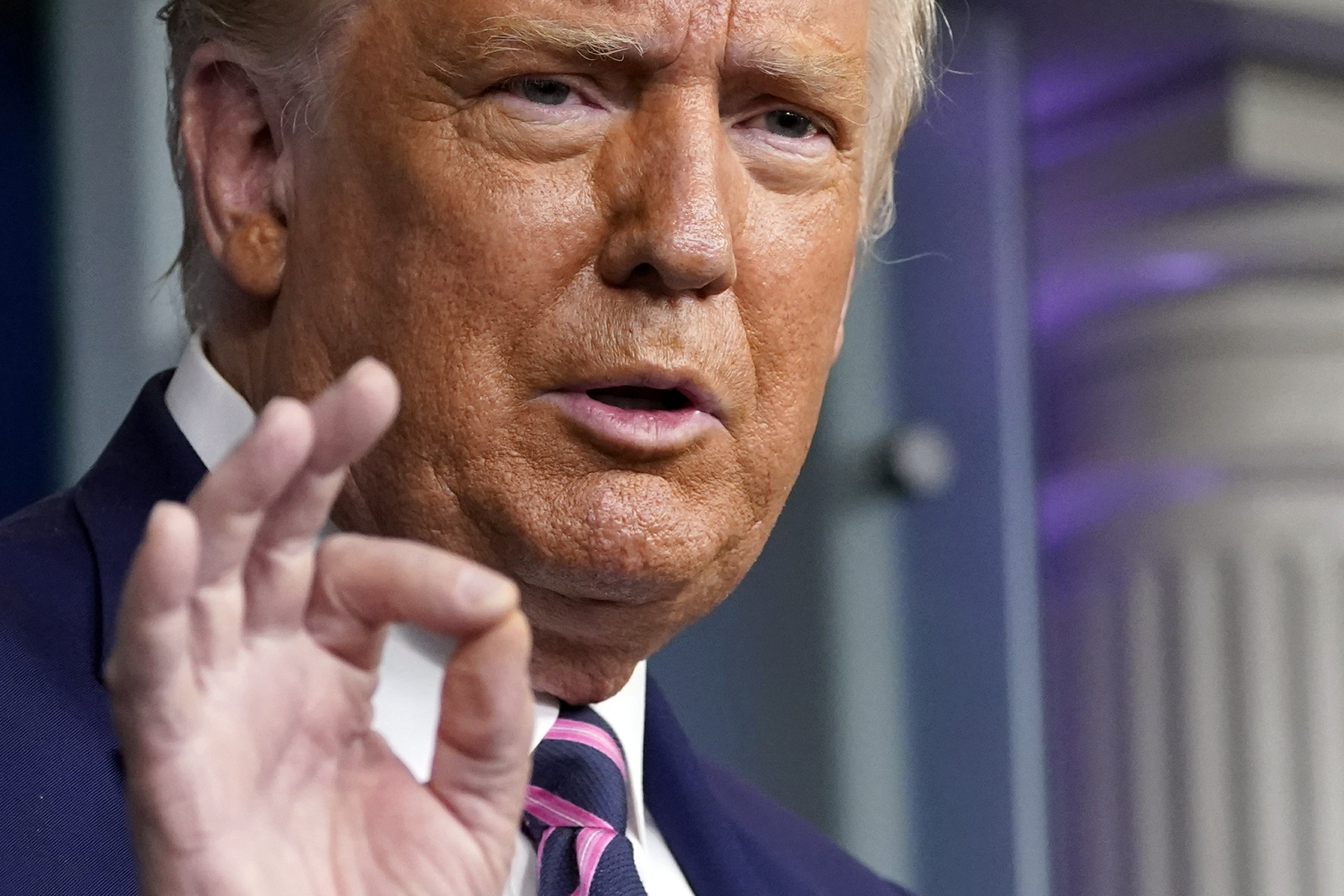 President Donald Trump would have you believe Americans are already living that success story, even as the death toll approaches 200,000 and infections spread by the tens of thousands a day.

Trump’s latest revisionism on the pandemic came during a week when he unleashed a torrent of misbegotten claims about mail-in voting, a monthslong preoccupation growing more intense with the approach of the Nov.

While Democratic presidential rival Joe Biden laid out a broad and largely supported case that Trump has underplayed the severity of the pandemic, the devil was in the details: No, Trump did not call the coronavirus a hoax.

THE FACTS: He’s glossing over grim numbers and wrongly describing the scientific projections.

A death toll up to 240,000 assumed aggressive mitigation.

Trump has often cited a potential death toll of 2.2 million or so — a number that puts the reality of several hundred thousand deaths in a better light.

It was never, as he claimed, an expected death toll if “the not-so-good job was done.”.

THE FACTS: Don’t count on this.

28 campaign rally in South Carolina: “The coronavirus — and this is their new hoax.”?

THE FACTS: The accusation is misleading.

So is the selective video editing that made it appear Trump was calling the coronavirus a “new hoax.”.

Although his meaning is difficult to discern, the broader context of his words shows he was railing against Democrats for their denunciations of his administration’s coronavirus response.

Asked at a news conference the next day to clarify his remarks, Trump made clear he was not referring to the coronavirus itself as a hoax.

THE FACTS: Trump is overstating the potential for “mayhem” and fraud in “big unsolicited ballot states.”.

Five states routinely send ballots to all registered voters so they can choose to vote through the mail or in person.

In the five states that regularly send ballots to all voters who have registered, there have been no major cases of fraud or difficulty counting the votes.

THE FACTS: It’s highly unlikely that any chaos in states with universal mail-in voting will cause the election result to “never be accurately determined.”.

The five states that already have such balloting have had time to strengthen their systems, while four new states adopting it — California, New Jersey, Nevada and Vermont — have not.

The main states that are being contested — Arizona, Florida, Michigan, North Carolina, Pennsylvania and Wisconsin — only send mail ballots to voters who request them.

Trump said Thursday that such “solicited” ballots are absolutely “OK.”.

Trump frequently blasts mail-in voting as flawed and fraudulent while insisting that mail ballots in certain states such as Florida, a must-win state for him, are fine.

But mail-in ballots are cast in the same way as what Trump refers to as “absentee” mail ballots, with the same level of scrutiny such as signature verification in many states?

In court filings, the Trump campaign has acknowledged that mail-in and absentee ballots are legally interchangeable terms.

States nationwide expect a surge in mail-in voting due to the coronavirus threat.

Trying to influence a federal election through mail-in ballots would probably mean paying thousands of U.S.

Far easier and cheaper would be a social media campaign seeking to discourage certain groups of people from voting, which is something the FBI has warned about.

Or a cyberattack on voter registration data that would eliminate certain voters from the rolls.

THE FACTS: You don’t have to imagine that man being in charge of the election because he isn’t.

THE FACTS: This a gross distortion of Democratic Gov.