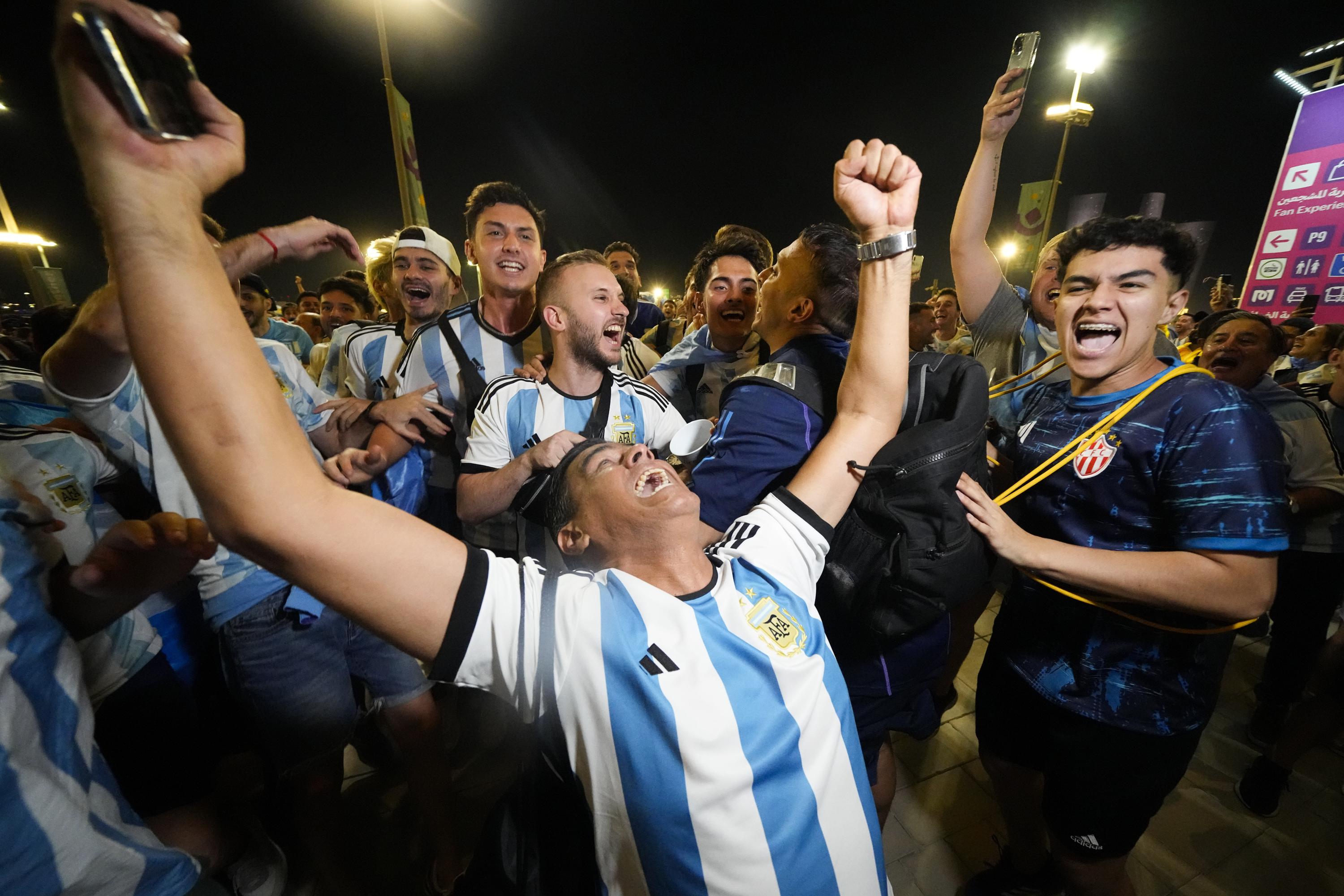 Nov 27, 2022 1 min, 9 secs
BUENOS AIRES, Argentina (AP) — Luciana Medina was so nervous that she could barely sleep the night before Saturday’s match between Argentina and Mexico which could have all but knocked the soccer-mad South American country from the World Cup.

I truly loved the match,” Medina, a 23-year-old communications student, said while wearing an Argentina jersey.

Argentines breathed a collective sigh of relief Saturday afternoon as the country obtained a decisive 2-0 victory over Mexico dissipating doubts that had emerged about Lionel Messi’s team after the shock loss against Saudi Arabia on Tuesday.María del Carmen Martínez, 60, said she was “very tense” when she arrived at a plaza in Buenos Aires to watch the match on giant screens.Manuel Gauto, 21, agreed he saw a different team on the field than the one that fell before Saudi Arabia.In Buenos Aires, the tension was almost palpable as thousands gathered on a hot summer day to watch the decisive game, and an eerie silence fell over the crowd throughout the first half as neither side obtained a goal and doubts once again crept in about the team long thought to be one of the favorites to win the World Cup.Many fans were particularly frustrated at Tuesday’s loss against Saudi Arabia, a match seemingly everyone expected Argentina to win, given the team’s 36-game unbeaten streak leading up to the tournament
source :- Associated Press