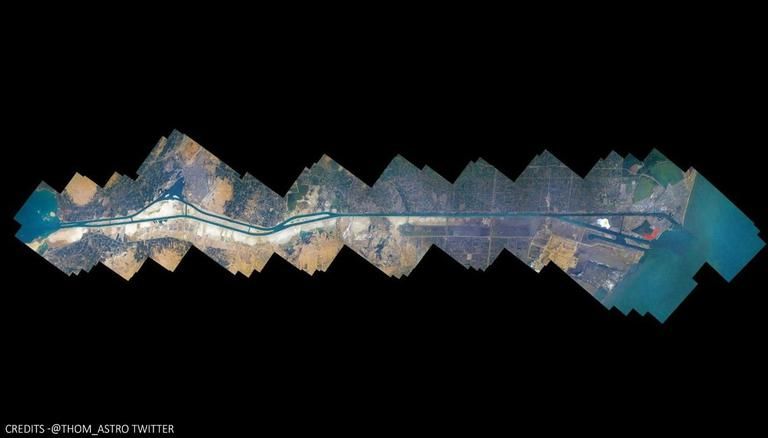 Jun 13, 2021 36 secs
The beauty of human-made excellence, Suez Canal is known to the human civilization, but Astronaut Thomas Pesquet took the internet by storm with his magnificent clicks.

Thomas Pesquet is presently onboard in the International Space Station, and from there he clicked 100 images of the Suez Canal with the maximum zoom angle.

Pesquet then created a collage of the 100 pictures and shared a magnificent image of the Suez Canal.

Pesquet from his window at the International Space Station took a picture of blue-planet, Earth but the only difference was the planet was filled with red and ochre colours