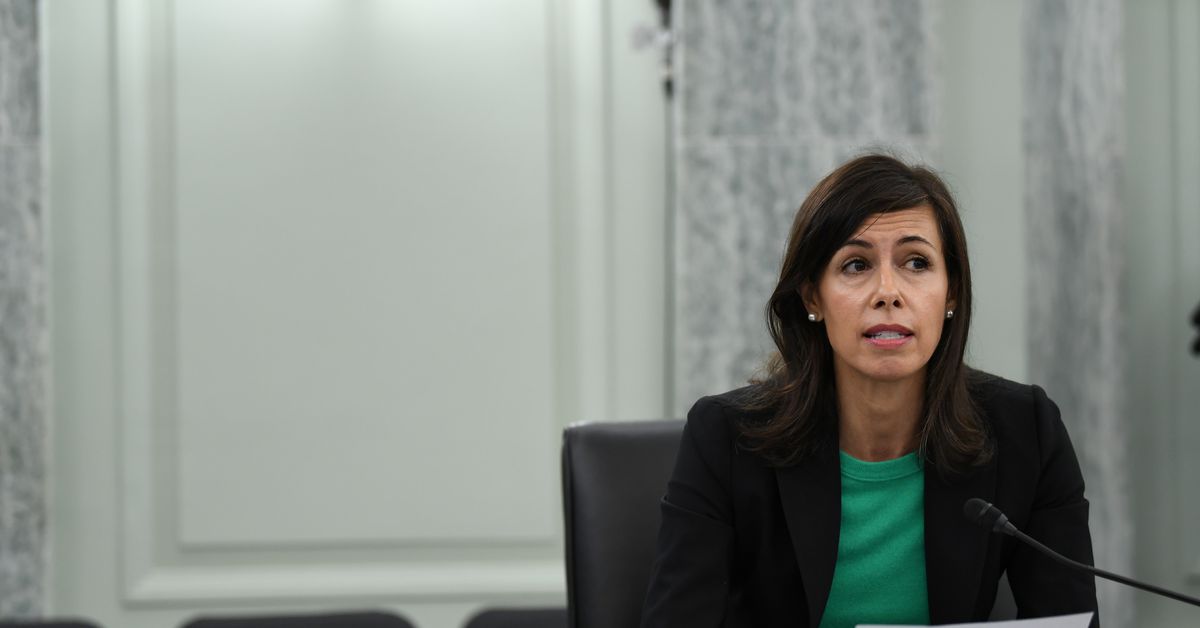 Biden announced he intends to nominate her for a new term and a White House official said Biden will tap her to become the first woman to serve as permanent FCC chief.