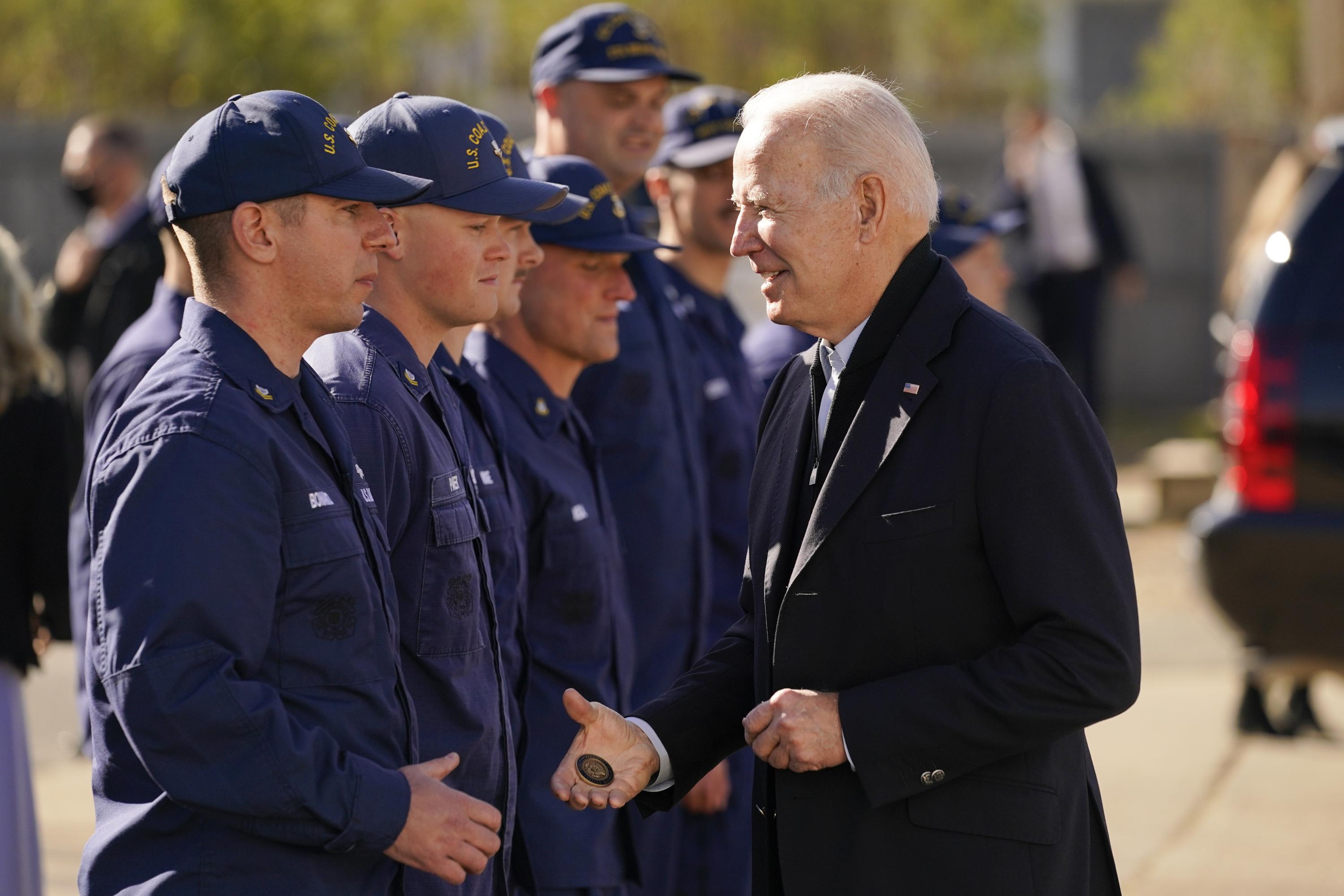 Nov 25, 2021 1 min, 22 secs
“As we give thanks for what we have, we also keep in our hearts those who have been lost and those who have lost so much,” the president said in a videotaped greeting recorded with first lady Jill Biden at the White House before their trip to Nantucket, Massachusetts, for the holiday.On the island, the Bidens visited the Coast Guard station at Brant Point to meet with personnel there and virtually with U.S.

“I’m not joking when I say I’m thankful for these guys,” the president said when asked what he was thankful for, referring to the Coast Guard members standing ramrod straight before him on the grounds as he departed.

“They see them,” he said of members of the Coast Guard and the other branches of the U.S.

They did not visit in 2015 following Beau’s death earlier that year from brain cancer at age 46, or in 2020, when the COVID-19 pandemic put the kibosh on big family gatherings.

Biden’s entire family flew up with him Tuesday night on Air Force One to resume the Thanksgiving tradition: his wife; son Hunter and his wife, Melissa and their toddler son Beau; daughter Ashley; and grandchildren Naomi, Finnegan, Maisy, Natalie and young Hunter, as well as Naomi’s fiance, Peter Neal.