Bidenflation: Majority of Americans Say Economy is In Poor Shape 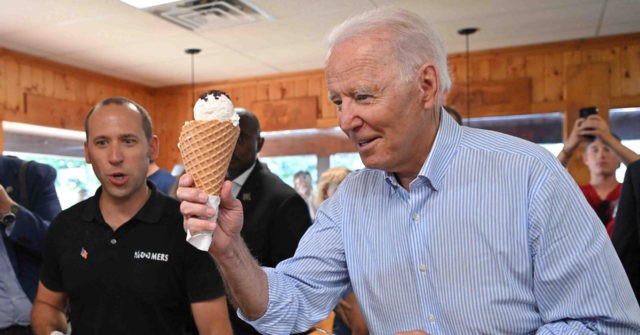 Jul 26, 2021 1 min, 38 secs
President Joe Biden promised to make life more affordable for middle-class families — and that’s why the recent bout of inflation poses both a political and an economic risk.Fewer than half of Americans, 45 percent, judge the economy to be in good shape, while 54 percent say it’s in poor shape, according to a new poll from The Associated Press-NORC Center for Public Affairs Research.The results suggest that the recent bout of inflation has Americans worried about the economy and their family finances even though the economy has been growing at a rapid clip.The Biden administration is keenly aware that inflation is a potent weapon that could be used politically against Democrats.

While pledging to stay vigilant against price increases, officials say that the recent burst reflects the complex nature of restarting an economy that had been shuttered because of the pandemic and that inflation will only be elevated temporarily as a result.

That spills over to how Americans are judging Biden’s handling of the economy, with 52 percent approving and 47 percent disapproving overall.

Republicans are somewhat more likely to approve of Biden’s handling of the coronavirus pandemic (about 3 in 10 do) and even issues like health care and infrastructure (about 2 in 10 do).

“The Fed is sort of hindering the economy by talking about inflation all the time,” said Smith, who supported Biden last year and feels the president has brought “real stability” to the government with his straight talk on the coronavirus and the economy.Republican lawmakers have blamed Biden’s spending for the inflation and say his plans for another $4.1 trillion in new spending to be paid for through taxes on the wealthy and corporations will only cause prices to keep rising.