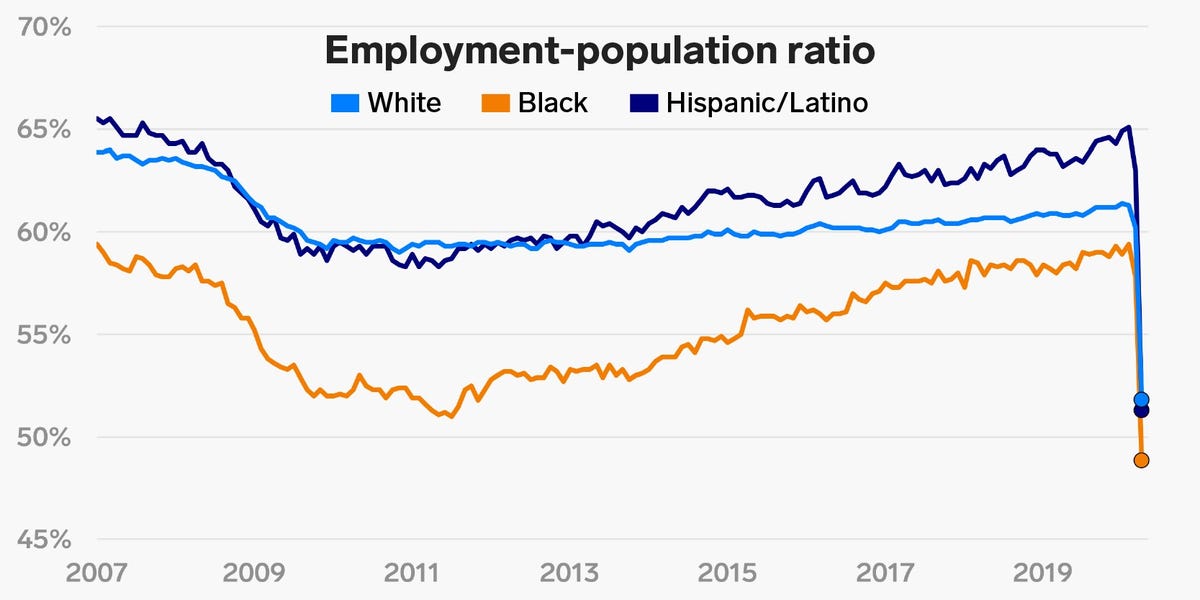 Fewer than half of Black people included in the labor force were employed in April, according to data from the Bureau of Labor Statistics, further illustrating their greater risk for job losses  amid economic upheaval on top of higher rates of COVID-19, which has now killed more than 100,000 people in the US.

The virus has hit Black communities particularly hard because Black people are disproportionately represented in public-facing jobs that were deemed essential or they were laid off from service jobs that cannot be done from home. .

And Black people are dying at far higher rates from COVID-19, the disease caused by the novel coronavirus, according to the Centers for Disease Control and Prevention?