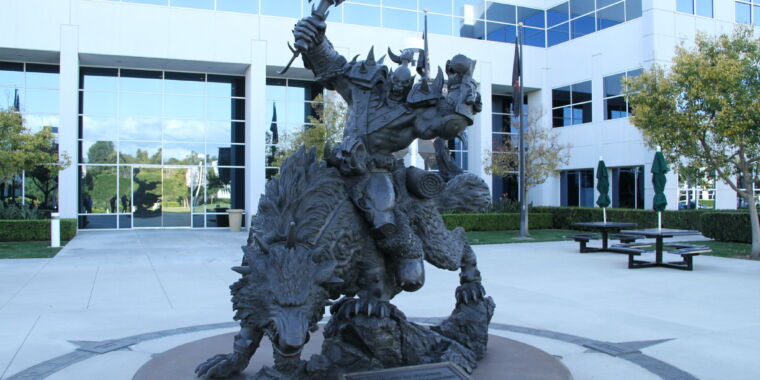 Oct 26, 2021 52 secs
Following an online-only BlizzCon earlier this year, Blizzard announced in May that its annual, announcement-packed convention for 2022 would be "combining an online show along the lines of our recent BlizzConline with smaller in-person gatherings." Today, though, the company says it is "tak[ing] a step back and paus[ing] the planning" for that event.In a post titled Reimagining BlizzCon, the company says that the all-hands-on-deck focus needed to pull off a show on the magnitude of BlizzCon just wasn't the right fit for the company at this point:.As part of its "reimagining" of what BlizzCon will look like going forward, the company acknowledges that it "need[s] to ensure that [BlizzCon] feels as safe, welcoming, and inclusive as possible.".

Those coming announcements may have a little less pop, though, without the pomp and bombast of an event like BlizzCon to focus industry attention on the company.