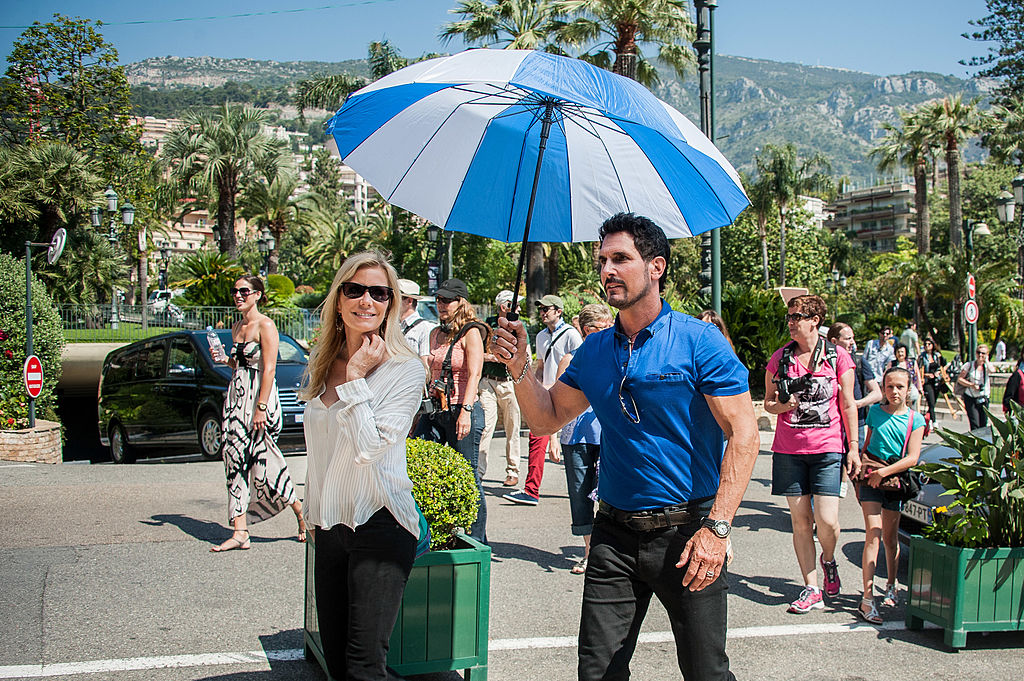 Apr 03, 2020 3 mins, 28 secs
Romantic partings and reunions are part and parcel of the soap opera universe. The Bold and the Beautiful has done this better than most for the last 33 years, despite some bad blood couples not always being fan favorites. One of those on the show happens to be Brooke Logan and Bill Spencer (Don Diamont and Katherine Kelly Lang).

Those who watch regularly know this dynamic romantic duo is often known as “Brill,” even though some fans don’t consider them brilliant. They have had an on-again/off-again relationship for quite a while, something started initially when Brooke became pregnant after a relationship with Bill.

Recently, The Bold and the Beautiful has been promoting the two reuniting once again. Not all fans are cheering either. What is it about this couple that makes them the Romeo and Juliet of soap operas?

In the beginning, Bill blamed his relationship with Brooke on his wife Katie Logan (Heather Tom) who seemed to suggest the two belonged to one another. Katie so happens to be Brooke’s sister, complicating things even further.

Katie was right about how Bill and Brooke had a burning attraction to one another. Outside of Bill and Katie having a son together, the two divorced for a time. Although Brooke kept ending up in Katie’s orbit, leading to a strange tension between them of either being enemies or cordial sisters.

Since Bill was the heir apparent of Spencer Publishing, the divorce to Katie meant slicing the pie among the family so Bill would get less. Out of all these business arrangements, the constant flings between Bill and Brooke would go on and on.

Later, it was discovered Brooke became pregnant with Bill’s child and ended up having a miscarriage. This strained any semblance of friendliness between the Logan sisters, something continuing into ensuing years.

One of the first times Bill and Brooke broke up was when they went rock climbing in Aspen, Colorado. After an epiphany, Bill decided to end things with Brooke and remarry Katie. His actions were just a ruse to get his original family back.

Yes, Bill and Brooke ended up having an affair again, yet with the latter refusing to take Bill back. Surrounding this were other relationships between Brooke and Bill. For Brooke, she was about to remarry her former husband, Ridge Forrester.

Her remarriage to Ridge would factor into a major showdown in a recent episode of Bold and the Beautiful. Before recent episodes, however, Bill and Brooke have reunited several times and always caused chaos in their path.

No other soap couple would arguably be so adamant in wanting to be together while making it impossible in the process.

SNEAK PEEK at #BoldandBeautiful Next Week: Steffy stuns Hope with a heartfelt apology. Brooke is skeptical when Thomas speaks of his wedding plans. Bill assures Brooke that if Ridge won’t protect her then he will. Wyatt is surprised by Bill’s feelings for Brooke. pic.twitter.com/9LkvMGQ5nJ

Recently, a promo for the show mentioned that Brooke and Bill were about to create problems yet again in Brooke’s marriage to Ridge. Out of all Twitter comments, one fan’s quip was telling: “Please don’t start this Bill and Brooke stuff again.”

Those opposed to seeing Brooke and Bill have another fling have no way to avoid their magnetism. In a recent episode, Bill and Brooke were videotaped kissing, leading Ridge to walk out on Brooke. Plus, Ridge punched Bill in the nose for the affair.

As usual, this relationship causes destruction with every tryst they have. Perhaps the writers should do the fans a favor and make these two finally separate in some way so they avoid wrecking lives.

Then again, this is what makes soap fans continue to watch. With so many other potentially more interesting couples, it might be time to have Bill be sent off into the sunset where he won’t have to lock eyes with Brooke. Or maybe Brooke needs to do the same since she often rekindles the flame with Bill at umpteenth sight.