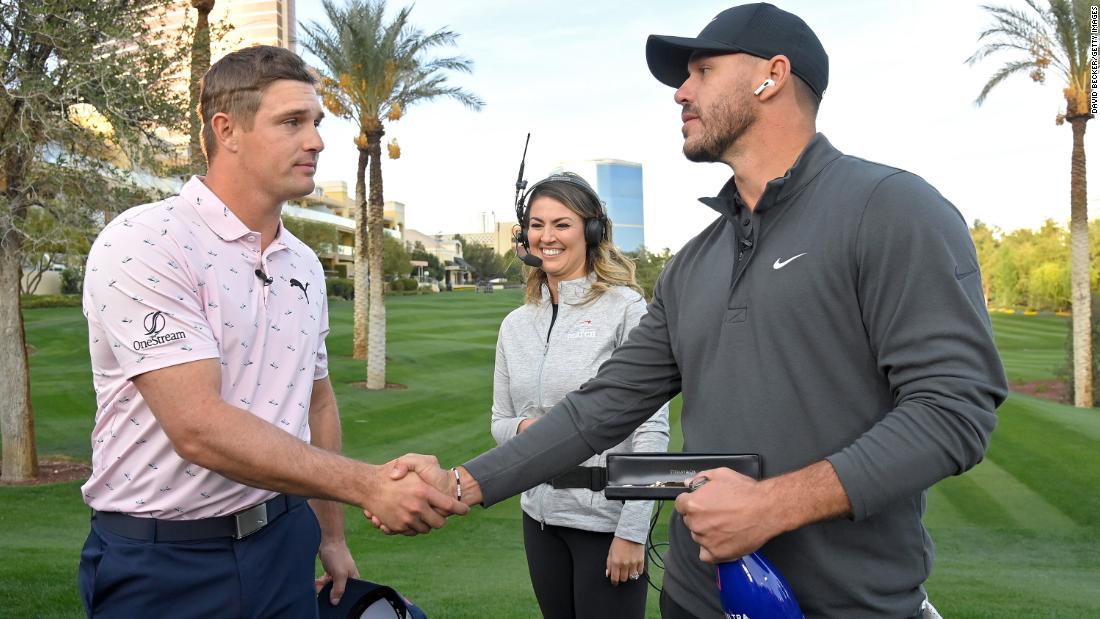 Nov 27, 2021 30 secs
"You play so good right now." That was a barbed reference to Koepka missing his last two cuts."It's kind of like my major right now, right?" responded Koepka."Does this want to make you play with [Bryson] more?" Koepka was then asked.

The clash between the two US golfers helped raise money for Advocates Pro Golf Association Tour and Feeding America, as well as DeChambeau donating to Shriner's Hospital and Koepka to St.