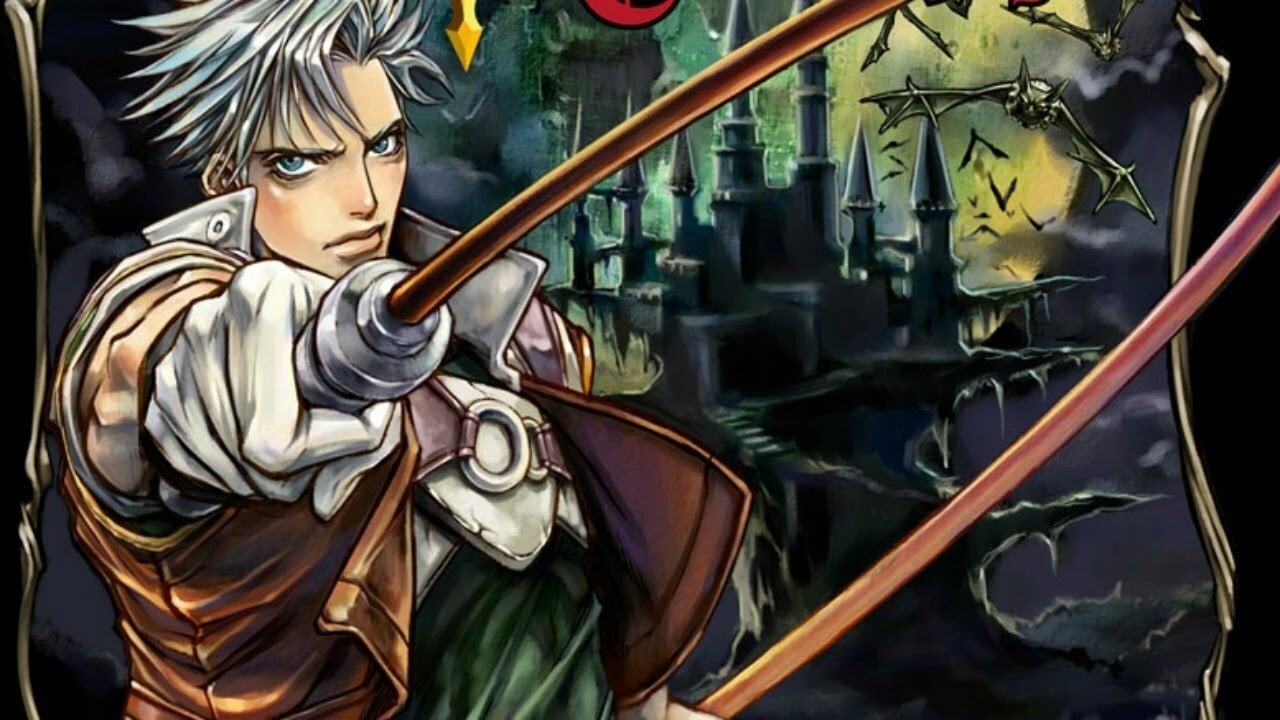 Jun 18, 2021 5 mins, 49 secs
The Nintendo E3 Direct earlier this week revealed the existence of the first 2D Metroid game in almost 20 years, Metroid Dread, and now (via RPG Site) we may have ourselves a re-release of the Game Boy Advance Castlevanias.On the 18th June, 2021, Konami registered the title "Castlevania Advance Collection" with the Australian Classification Board, which, of course, means that it also appeared to the public (thanks, Australian government!).

It's relatively safe to assume that the Castlevania Advance Collection will include the three Game Boy Advance games that were left out of the Anniversary Collection: Circle of the Moon, Harmony of Dissonance, and Aria of Sorrow.

It might include some other titles, too, but the "Advance" in the title is certainly leaning more towards the Game Boy era!

Castlevania Advance Collection looks like it's also destined for release on multiple platform, so it'll likely come to Switch as well as PC, Xbox and PS4.I have always wanted to play these Castlevania games, I would be so down for this, would love these much more so than the other Castlevania collection they released recently.

the GB version of Kid Dracula, Castlevania Chronicles from PS1 and Adventure ReBirth from WiiWare were all absent from the first collection.

For me it's the highest point of Castlevania franchise.

SotN and DS gsmes are awesome too and as they all share the same game structure, it could be a 7 games collection.

Circle of the Moon was the first and only Castlevania game I played, it was hard but a great game nonetheless!Well this would be great, I love all three of them?

Give us a Castlevania DS collection.

or a 3D collection, inclduing Castlevania 64, Legacy of Darkness, Lament of Innocence, Curse of Darkness, and maybe even a complete version of that teased Saturn game.

This would be cool to have on the Switch.

Aria of Sorrow remains the pinnacle of the Castlevania franchise and the Metroidvania genre as far as I'm concerned, I'd love to play it on something bigger than a Gameboy Micro screen.

Circle of the Moon on Switch is going to be SO good.

Then, with Aria, I don't even know, just make all of the mandatory souls permanent upgrades, and maybe I'll actually be able to play it without getting ptsd flashbacks from Bloodstained, to the point where I only managed to get past the first boss before going "Oh, hell no, I'm not dealing with this again" and putting down the game for the foreseeable future.

This would be great.

The games in this collection are almost assuredly going to be GBA ROMs with zero changes made.

Wanted to play these games for years.

This is of course wishful thinking, but if this is really happening, I'd hope to see a Castlevania DS Collection as well, featuring Dawn of Sorrow, Portrait of Ruin and Order of Ecclesia!(But man, Symphony and Rondo skipping Switch really hurts...).I LOVE these games and still own the originsl, but I'd buy this in a heartbeat!@Slowdive “it’s happening!” Switch Pro.

I love the GBA Castlevania games.

I need those 3D ones ported on switch.I have my copy of Circle of the Moon in my GBA right now as I type this because I love it.

I’ve … tried them out by other means… and I know I’m going to love them ESPECIALLY Aria of Sorrow.

Wow this would be absolutely great if true.@Dpishere The second game in the series, Harmony of Dissonance, is ugly as sin but is very fun and challenging to play.I was hoping they would strip the touchscreen stuff out of the DS games and give us a GBA & DS collection, but I'll take the GBA games as a starter!@BionicDodo There’s an excellent fan made patch that removes the touch screen elements from Dawn of Sorrow, makes the game much better to play.

Aria is, in my opinion, the best Castlevania game of all time.

I'd love to see Rondo and Symphony make their way over, but Konami probably has an exclusivity deal with Sony for those games.That would be great.

Igavanias and Circle of the moon are worth playing?

Played them several times and love Aria of Sorrow the most.

I would love to play all three

I was hoping for a follow-up to the first Castlevania collection, but I was thinking they would fit in Symphony of the Night and Dracula X alongside the GBA ones

I’m gonna keep my CIB GBA Castlevania Collection, but I would definitely pick this up physicallyI SO WANNA PLAY HARMONY OF DISSONANCE AGAIN

First of all, I love that thing

Secondly, playing Circle of the Moon on a dark, barely-visible screen is the true Castlevania Advance experience

Anyway, this is great news because these are great games

Great games, all three (but we all know which is the best)

Why doesn’t Castlevania Legend for Game Boy ever get a re-release@Don It's probably because Konami struck it from the canon a long time ago, although I hear the same is true for Circle of the Moon as well

Aria was great too, however CotM wins for me because the soundtrack was just amazing…

I have every handheld Castlevania plus my original Symphony for ps1 and still I would gladly, gladly throw down $60 for a hard copy of all the GBAvanias on a single switch cart

Circle of the Moon is a longtime favorite of mine

It'd be cool if they could revamp the DS games to work on a single screen too, because those were great as well

I still wanna see Symphony of the Night on Switch in some way, shape, or form

This would be great

While good news if it happens, I have other great ways to play these

The series would be perfect on the switch

A Castlevania DS collection would be awesome though