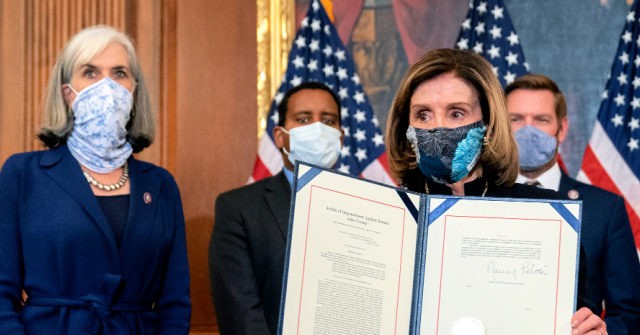 Jan 23, 2021 1 min, 10 secs
In those crucial early months of the global pandemic, our federal government ground to a halt as Democrats in Congress pursued with blind fury a hotly partisan and clearly futile effort to remove Mr. Trump.But as Democrats dawdled, bloviated and fawned for the cameras, the pandemic prevailed.

If you want to know why Democrats are so hellbent on blaming the China virus on Mr. Trump, it is because the blood is actually on their hands.

Truly, these are the most fundamentally dishonest and unserious people ever to hold elected office.If you really want to stir up one of these impeachment fanatics, just ask them to point to the one single line in Mr. Trump’s speech from before the raid against the Capitol that “incited” the violence.The reason they cannot hold hearings or hold a trial is because any such due process would prove that no such premeditated incitement of violence occurred.If anything, it was unpremeditated incitement of peaceful protest — also known as our constitutional right to free speech, free assembly and the right to petition your government.

Liz Cheney of Wyoming, who is in the chamber because her father, Dick Cheney, was vice president.

Cheney would have been more enthusiastic about this eruption of violence if more American soldiers had been killed or maimed and it had cost taxpayers $2 trillion.