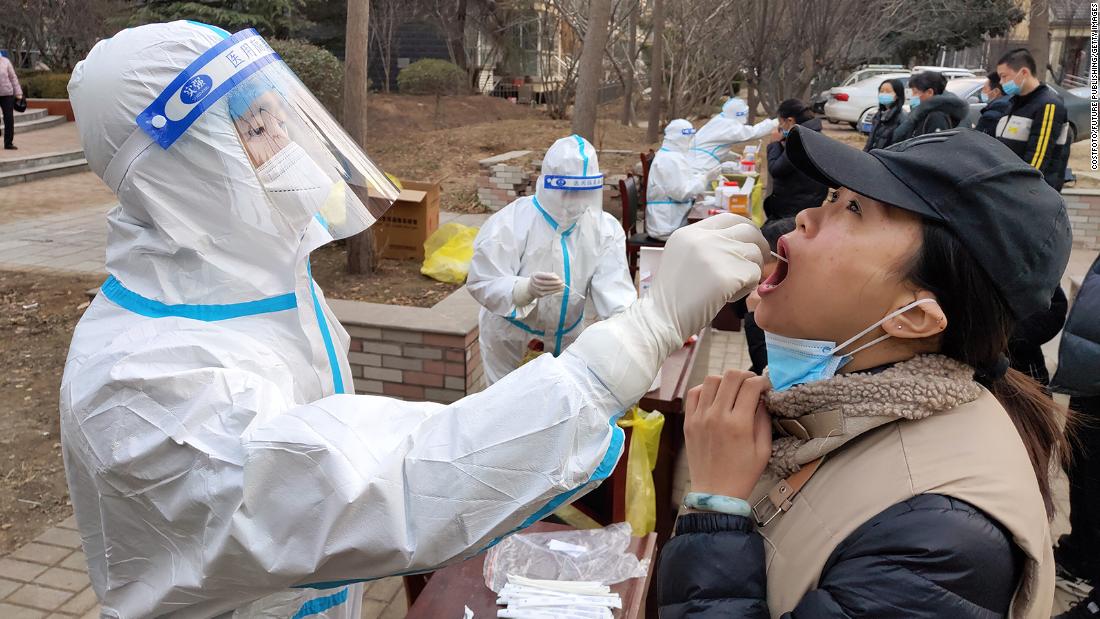 Jan 17, 2022 1 min, 39 secs
And it outstrips the Chinese government's target last year for its economy to expand at least 6%.But GDP expanded just 4% in the last quarter of the year compared to a year prior, according to government figures released Monday, the slowest pace in a year and a half.

Property investment and new housing projects that have started construction also declined.While the final quarter was "better than expected," according to Larry Hu, head of China economics for Macquarie Group, the economy faces "multiple headwinds" this year, especially from Omicron and the real estate sector."As a result, we project disappointing consumption growth this year, especially" in the first half of 2022, Kuijs added.A troubled real estate sectorChina has been contending with a slew of problems recently, including tumult in its property sector.Troubled Chinese real estate developer Evergrande — which has some $300 billion of total liabilities — has been struggling to pay its debts and was recently ordered to demolish a few dozen buildings in the country.

December marked a significant downturn, though: Investment plunged 13.2% in that month alone, according to an estimate by Chaoping Zhu, chief global strategist for JP Morgan Asset Management.