Chris Martin baffled by 'Idol' contestant's Coldplay cover: 'I always thought the melody was the best bit — and that's the bit you've thrown away' - Yahoo Entertainment 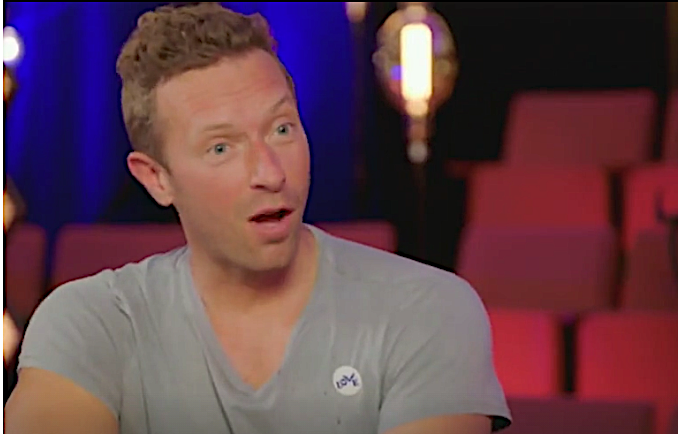 May 10, 2021 5 mins, 44 secs
Sunday’s American Idol episode was Coldplay-themed (an Idol first), with Chris Martin mentoring the top seven… and it quickly became apparently that, well, no one can sing Coldplay songs quite like Chris Martin.

And Arthur had the audacity to strum this radical remake right front of Chris!

“Funny enough, I always thought the melody was the best bit — and that's the bit you've thrown away,” Chris quipped acerbically.

Of course, American Idol contestants are often encouraged to “make the song their own,” as they say in the biz — a strategy that has resulted in iconic breakout moments for past Idols like Chris Daughtry, David Cook, Adam Lambert, Brooke White, and Phillip Phillips, to name but a few.

Chris was a good sport about it; we didn’t get a replay of that Season 6 night when Jon Bon Jovi sneered at Blake Lewis’s (actually amazing and historic) beatboxing remake of “You Give Love a Bad Name,” or that awkward Season 5 exchange when Ace Young wanted to give Queen’s “We Will Rock You” an R&B vibe and a visibly irritated Brian May quickly nipped that right in the bud.

And I feel like, no, the nature of music is that it's an ongoing conversation,” Chris shrugged.

Luke Bryan said, “To sit there and stick to your guns and change the melody to the song is pretty amazing.

I think Chris was saying it kindly — like, the best part of that song is the melody,” Katy noted.

Because I did want to sing along with you, Arthur, but I didn't know that melody.” Interestingly, Arthur scowled and rolled his eyes when Katy uttered the word “stubborn,” which was not a good look!

@AmericanIdol leave it to @ArthurGunn122 to ruin a perfectly good @coldplay song with his own “rendition”.@AmericanIdol I like that Arthur Gunn wants to be his own guy, but find it cocky to tell Chris he will do it his own way when it is Coldplay's song.

What Arthur did was Not a #Coldplay song.

Hunter absolutely did not deserve to go home — Chris Martin had been so impressed by Hunter’s exquisite “Everglow” cover, he’d even kidded that he felt like an “aging male lion that can sense the threat of a young lion coming through” while watching Hunter perform.

But after Arthur dedicated Lynyrd Skynyrd’s “Simple Man” to his mom for his second performance, Luke had thrown his own subtle shade, implying the latter.

“Be sure to be up there fighting every chance you can,” Luke had warned Arthur.

So now, Arthur is not in the best position — sadly, he sort of got an Idol demotion, as his Wikipedia page will now describe him as a “Season 19 top seven finalist” instead of “Season 18’s runner-up.” But he is a talented guy, even if he was ultimately outshined by Season 19’s crop, so hopefully he can benefit from the added exposure he received this year.

I have a feeling he’ll be better off doing originals (like the ones on the two albums he’s already released in the past year) than trying to make Coldplay and Goo Goo Dolls songs his own, anyway.

I think an aching ballad like “The Scientist” or “Trouble” might have helped her tap into some rock ‘n’ roll grit and angst, which she didn’t really bring to the song until the very end (and at that point, it seemed a bit screamy and try-hard).

But Katy loved Casey’s “eccentrism”; Lionel likened Casey to a little bird, much like the girl in “Paradise,” who eventually takes flight; and Luke told her, “I've never heard you hit a bad note this whole competition.

“Magic” might not have been the best song choice for Chayce, as it took a while to rev up and was lacking in dynamics and range, but Chayce had some nice moments at the end and did that moody, brooding thing that he does so well.

“I think you have that Chris Martin magic about you, I really do.

Sitting and talking with Chris, I think you were amongst equals,” said Katy.

It wasn’t the strongest original of the night (Hunter’s “The River” was the best, although that obviously ended up not mattering), but as Chayce crooned, “All of the pain you've felt/I hope you never have to feel it again/And the night you picked me up from jail/And I swore I'd never do it again/I'm sorry mama/No woman should have to carry anyone/Let alone her own son”… well, it was hard not to root for the guy.

“Way to pull out the right song on the right night,” said Luke.

You get go and let God,” said Katy.

Can we add a couple of extra episodes to this thing?” said Luke.

Willie’s own mom was sobbing on the Zoom screen, and new mom Katy was also choked up, describing his performance as “opening up to the heavens.” But it was Lionel who gave perhaps the highest praise of the night, to any performance or contestant, when he said, “I was there when Billy Preston wrote it, and when Joe Cocker sang it.

Caleb admitted that he was unfamiliar with the Coldplay catalog and didn’t even know that the song he settled on, “Violet Hill,” was a “deep cut” and one of the first songs Coldplay ever wrote.

(I also wish he’d just been allowed to do the brand-new original he played for an impressed Chris, “I Blame My Youth,” which was really strong.) “Til Kingdom Come” would have been a solid showcase for Caleb’s quiet troubadour strengths, instead of his booming, bombastic performance that sounded like a mashup of “The Thunder Rolls,” “In the Air Tonight,” “Eye of the Tiger,” and some Jim Steinman outtake.

Luke, who admitted that “Violet Hill” would have been “a little tough” for even him to pull off, noticed Caleb’s self-doubt and said: “Your first 20 seconds of that, man, you looked like you were ready to overthrow the galaxy of music.

Luke called him a “true anomaly,” Lionel called this a “smash record,” and Katy said, “I think you wearing your heart on your sleeve looks really good on you.

I think you've finally arrived with that song,” said Katy.

Grace had a really excellent night, the best overall night of anyone in the top five.

And I think, I think it's going to happen,” said Katy.

It was truly a magical performance,” said Luke.