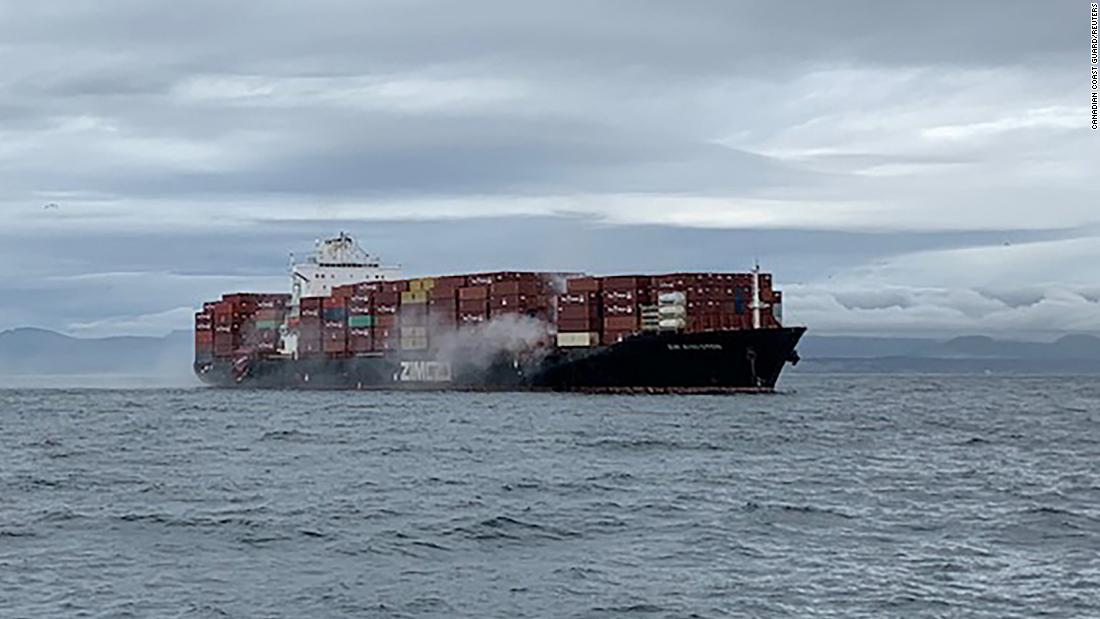 Oct 24, 2021 43 secs
Sixteen crew members have been evacuated from the MV Zim Kingston, while five remained onboard to fight the fire, the Canadian Coast Guard said in a statement late on Saturday.Ten containers were currently burning, it said, adding the fire continued to spread but the ship itself was not on fire.The agency said it was working with its U.S.

counterpart to track 40 containers that had fallen overboard, saying they pose a significant risk to mariners.

"Mariners are advised to stay clear of the area.

Currently there is no safety risk to people on shore, however the situation will continue to be monitored."