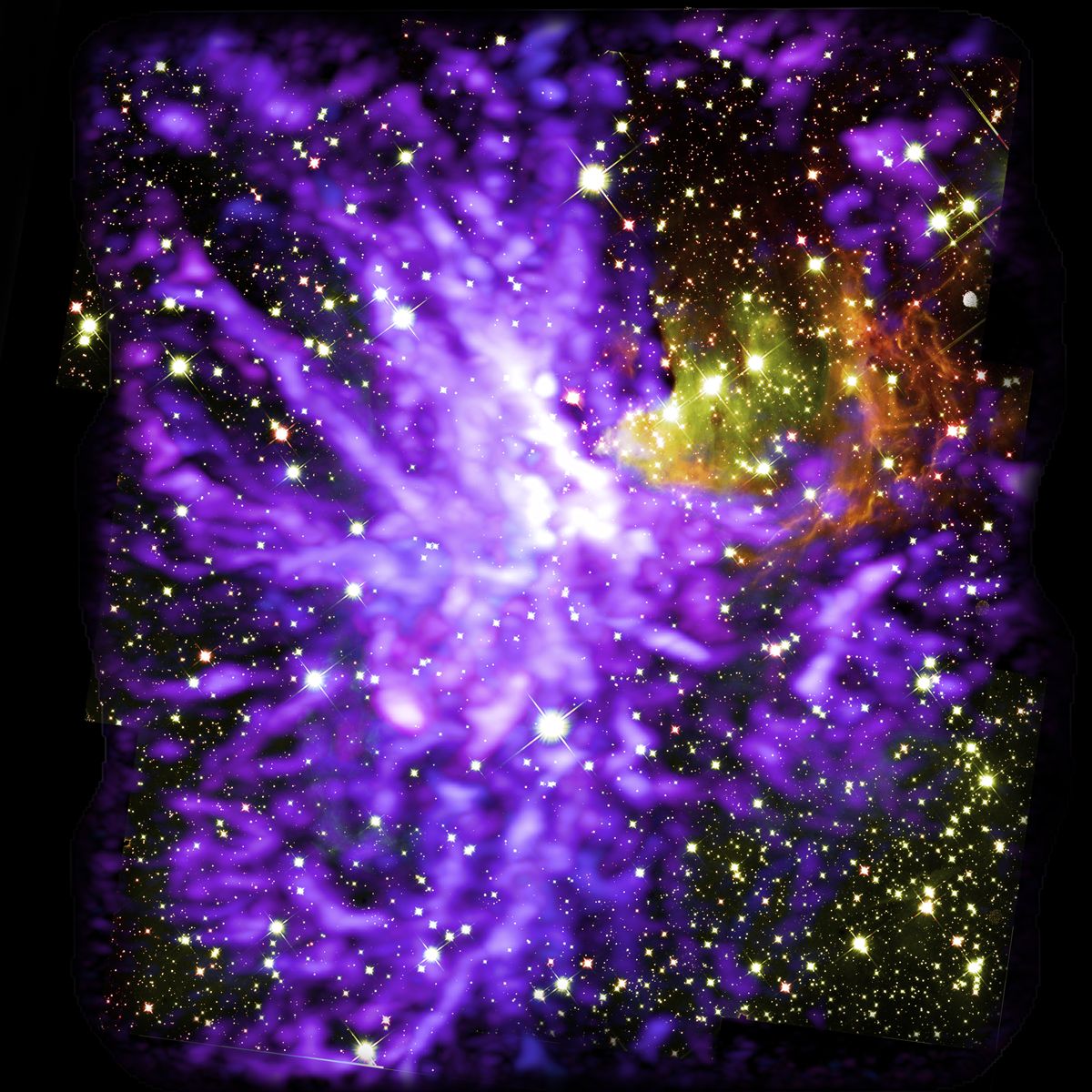 That process may take a million years to complete, according to scientists who captured a new look at the star cluster formally known as G286.21+0.17.

"This illustrates how dynamic and chaotic the process of star birth is," co-author Jonathan Tan of Chalmers University in Sweden and the University of Virginia, said in a statement.

"This process sculpts the region," Tan said in the statement.

That gas is falling into the cluster thanks to the work of gravity, and once it fully collapses, it will become the stuff new stars are made of.

But it's a slow process unfolding in a large system: the researchers suspect it will take about a million years before the cluster finishes developing!

While astronomers enjoy the fireworks in star cluster G286.21+0.17, another team of astronomers dug up some celestial pyrotechnics of their own. .

Mayall 4-meter Telescope at Kitt Peak National Observatory in Arizona, part of the National Science Foundation's NOIRLab, looked into their archives to find this image of cosmic fireworks in the galaxy NGC 925. .

"If you're looking for fireworks for the US celebration of the Fourth of July, then look no further than the world of astronomy," researchers wrote in a statement.