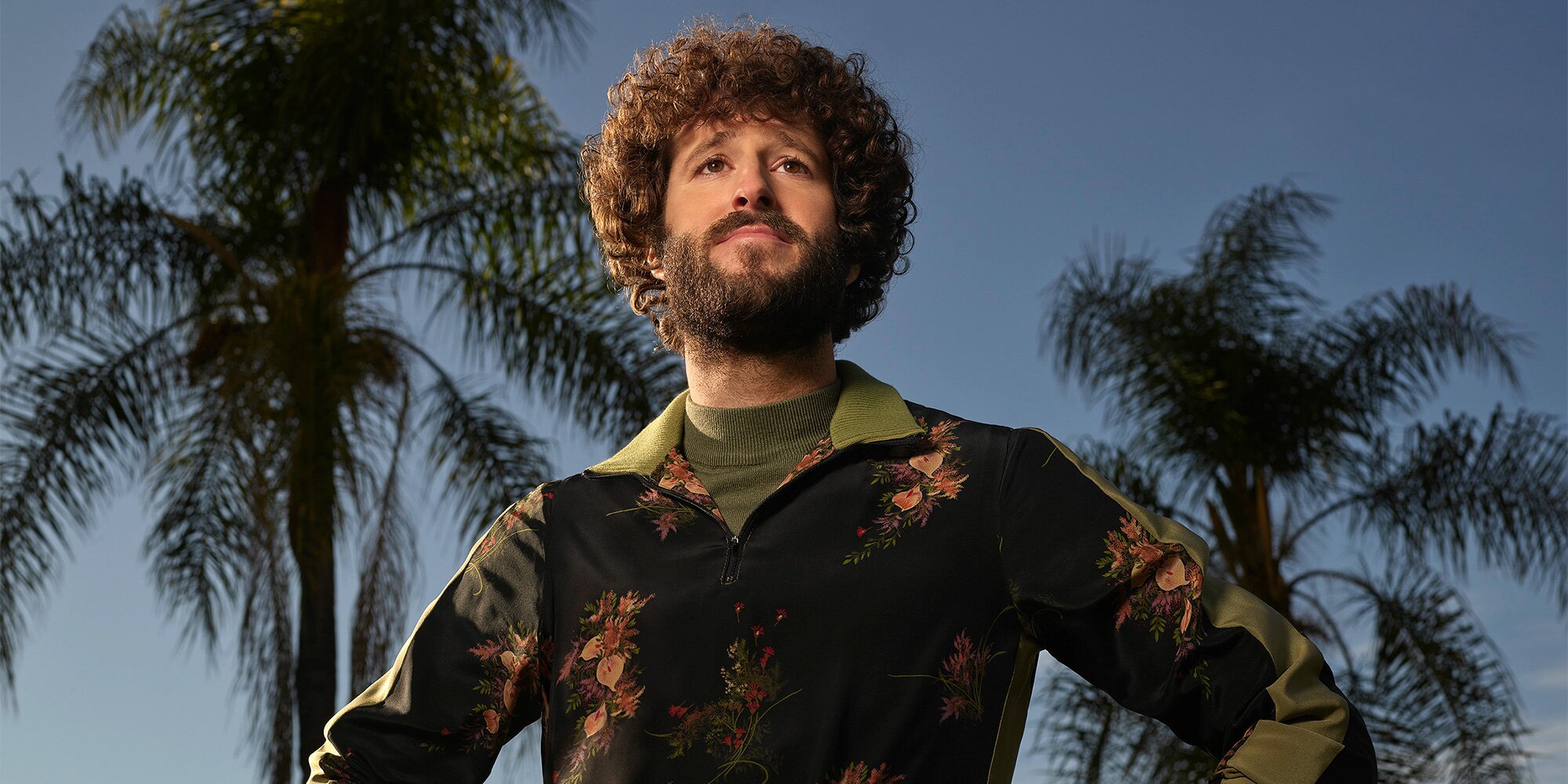 Jun 14, 2021 4 mins, 33 secs
Ahead of Dave's season 2 premiere (Wednesday on FXX), Burd went really far with EW, talking everything from having a chip on his shoulder as a rapper to feeling like the pressure is off as a TV comedy star.

But in a way it felt like a higher serious situation the first season because I was way more on edge, like, "Am I even doing this the right way?" There was a sense of unawareness the first season - are my dreams going to be everything, or am I not who I thought I was?

I feel like to not have that be in my mind was just liberating, so I actually probably had way more fun this season shooting the show, even though it was so not fun in theory because there was no time for funny business on-set; no one is shooting the s---, everyone is just trying to get in and get out and survive.

While season 1 featured cameos by people like YG and Justin Bieber, season 2 is loaded in that regard, whether it's Lil Nas X, Kendall Jenner, Kareem Abdul-Jabbar, or Kevin Hart?I think there would have been more of that if it had been like open season and I was out at a party or something, but I didn't have that.

I think the difference is last season it was like, "Hey, let me send you guys a few links of my music videos." People took a leap of faith on me season 1?

You've been known as Lil Dicky and that persona for almost a decade, but do you think people can now see that past that and know Dave instead.There's no world where someone could not feel like they know more about me when they're seeing 300 minutes of footage of me speaking like this as opposed to rapping.When we talked ahead of season 1, you said you saw a lane for the next great comedy, and you thought you had it?

The first season was so well-received critically and by audiences, so do you feel like you're there or are you still working towards it.

No, but I feel like pop culture-wise I'm pretty sure I will be after this season.

If a scene doesn't look good, I'm like, oh my god, what are we going to do.

You're definitely a student of comedy television, so I feel like you know that second seasons are often the best season...

I hope we don't peak season 2, but I definitely think season 2 is going to be a massive step forward in every sense of the phrase?

Like you spent all this time building to this first season and then it's like, well, now we need 10 more within the next year?

You kept saying it was still too early to know because you weren't done, but by the end you realized that your big lesson was that "my instincts are worth trusting." Is there something in season 2 that maybe you wouldn't have felt the confidence to do in season 1.

I got a lot of confidence in that I know I've got all these people that are doing their job, but I know how to manage the situation and get the best out of people.

And I wanted to show what that's like for my character this season, like there is a lot of pressure.

My next album, I do feel a ton of pressure, way more pressure than my next season of TV.

I feel like people see me the way I want to be seen as a comedian, but, as a rapper, I don't think I've proven much of anything yet?

I know I'm capable, and I know that because of me focusing on television people might think that I'll never be interested in proving that.

I feel like there's an art of comedy that matters to me, but I would never say or do anything on the show that is not at all in-line with my moral compass in reality?

I'm sitting there and eating popcorn and thinking about the Sixers and they're like, "We're ready for you," and I go, "Okay!" I never like practice my lines, it's never even a thing.