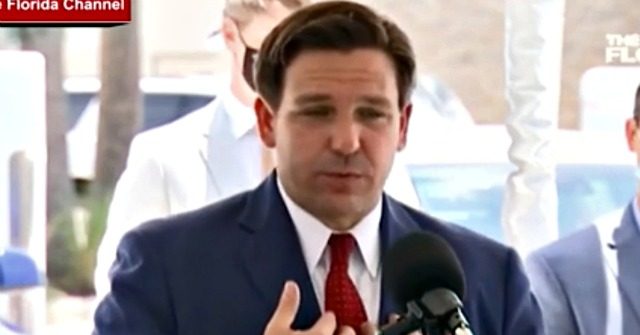 Apr 06, 2021 53 secs
Ron DeSantis (R) on Tuesday sounded off on the CBS “60 Minutes” “hit job” attempt regarding a “pay-to-play” with Publix and COVID-19 vaccines.DeSantis told FNC’s “Fox & Friends” that CBS’s failure to air a part of his explanation for Publix giving out vaccinations is “precisely” the reason Americans do not trust “corporate media.” He said CBS cut out his full answer “because they know that will blow up their narrative.”.

I mean, the reason why Palm Beach wanted to do Publix, they have 65 Publix, and 90% of their seniors live within a mile and a half.

He continued, “[H]ere’s the bottom line — in Palm Beach, we’ve done over 275,000 seniors that have gotten shots statewide.

But they didn’t want to tell you that because they know that will blow up their narrative.”.

“And I think at this point, these people like this reporter, you know, they are basically ambulance chasers with a microphone.