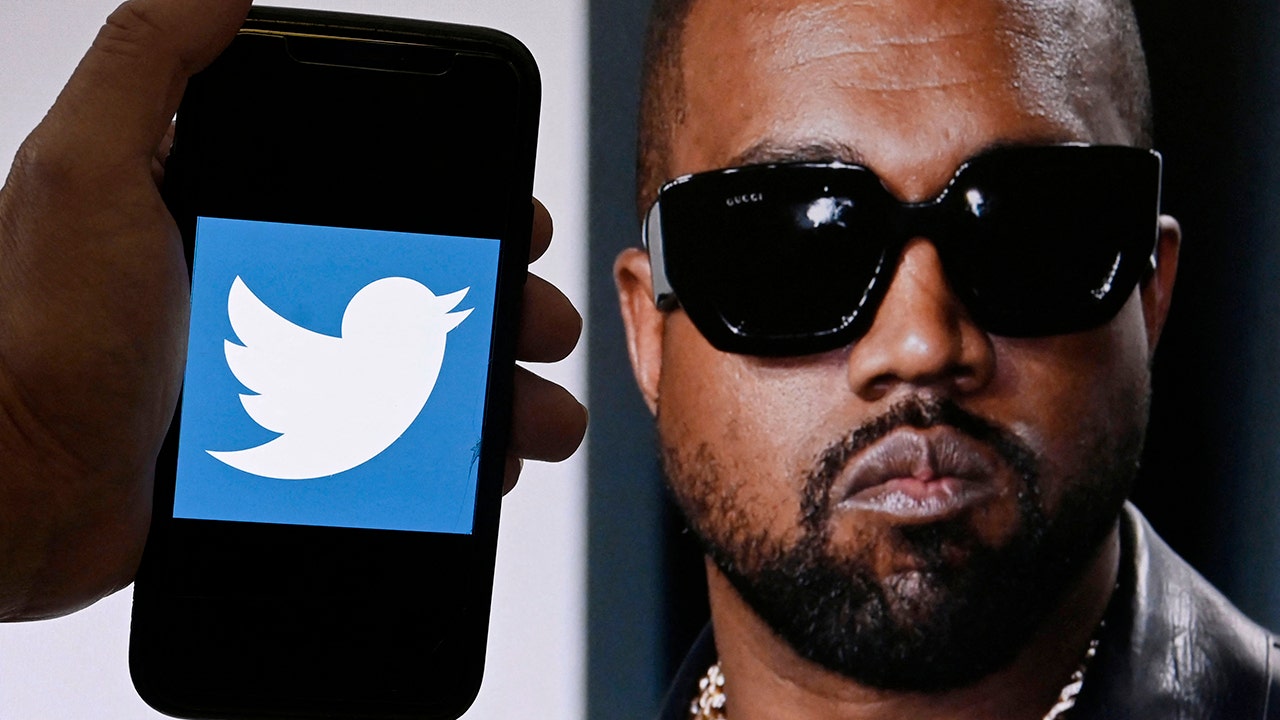 Newly-minted Twitter CEO Elon Musk has booted Ye, formerly known as Kanye West, from Twitter for 12 hours after the rapper posted a series of controversial tweets.A photo illustration with Twitter owner Elon Musk.Just before his account was suspended Thursday night, Ye tweeted out an unflattering picture of a shirtless Musk aboard a yacht with Endeavor CEO Ari Emanuel spraying him with a hose, writing: "Let's always remember this as my final tweet."."Just clarifying that his account is being suspended for incitement to violence, not an unflattering picture of me being hosed by Ari," Musk wrote.In this photo illustration, the Twitter logo is displayed on a mobile phone with a photo of Kanye West shown in the background