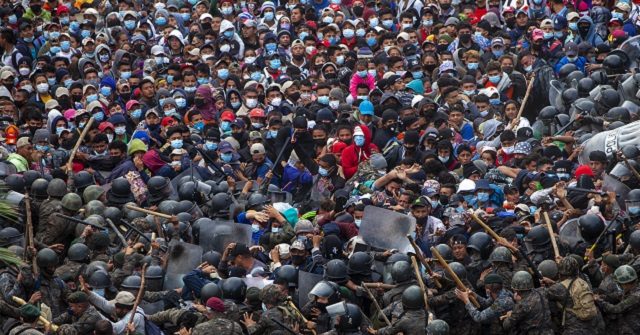 “With the stroke of a pen, President Biden made this country less safe,” Commissioner Morgan told Breitbart News in an exclusive interview.Morgan said he was amazed at how quickly he transitioned on these issues without taking the time to talk to the experts in Border Patrol and CBP about the direct impact of the executive orders that ended border wall system construction and the highly successful “Remain in Mexico” program.Morgan said the ending of the Migrant Protection Protocol (MPP), also known as the “Remain in Mexico” program, also makes American’s less safe.Some of these migrants presented fake COVID-19 test results to Guatemalan border security officials in an attempt to be allowed passage through the country.In preparation for the expected increase in illegal border crossings due to Biden’s border security and immigration changes, CBP officials scheduled construction of a new soft-sided processing center, Breitbart Texas reported this week.“We knew our facilities would become overwhelmed like they were in 2019,” Morgan told Breitbart.