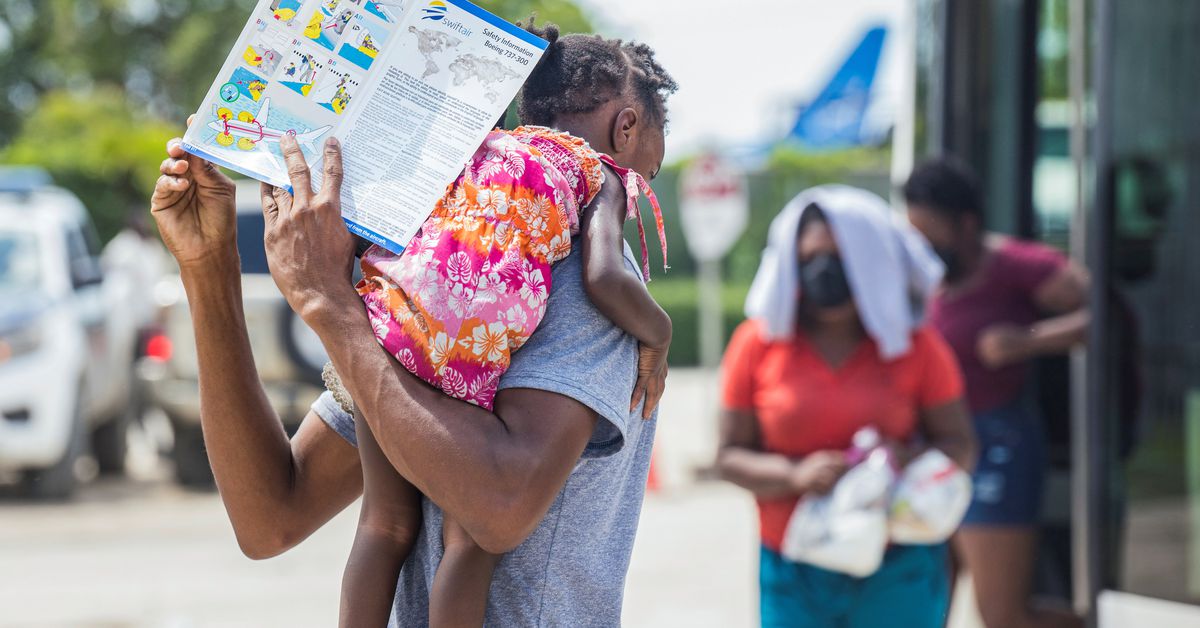 Sep 20, 2021 47 secs
authorities flew them out of a Texas border city on Sunday where thousands of mostly Haitians had gathered under a bridge after crossing the Rio Grande river from Mexico, in Port-au-Prince, Haiti September 19, 2021.PORT-AU-PRINCE, Sept 19 (Reuters) - More than 300 Haitians were returned home on Sunday after the United States ejected them from Texas, leaving many of the would-be migrants demoralized and angry that their search for a better life far away from their impoverished country was over.

border agents began removing groups of mostly Haitian migrants over the weekend from a large makeshift camp they had set up after wading across the Rio Grande separating Mexico and the U.S.