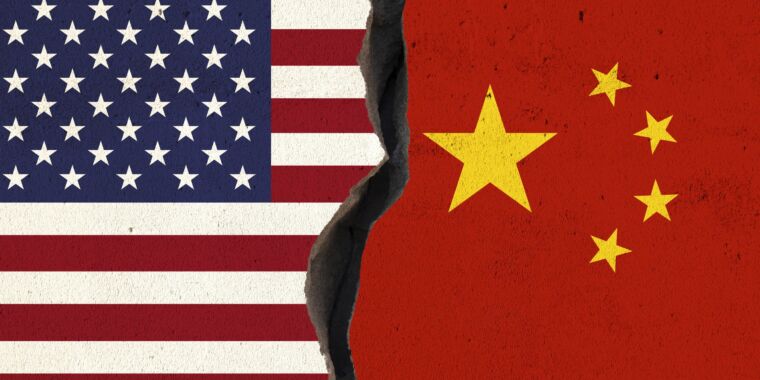 Oct 26, 2021 1 min, 33 secs
The Federal Communications Commission today voted to block China Telecom Americas from the US market, saying that the "US subsidiary of a Chinese state-owned enterprise" is "subject to exploitation, influence, and control by the Chinese government." The telco "is highly likely to be forced to comply with Chinese government requests without sufficient legal procedures subject to independent judicial oversight," the FCC said.

The FCC said its order "directs China Telecom Americas to discontinue any domestic or international services that it provides pursuant to its Section 214 authority within sixty days following the release of the order.".

The FCC pointed to a "changed national security environment with respect to China since the commission authorized China Telecom Americas to provide telecommunications services in the United States almost two decades ago." The company's "ownership and control by the Chinese government raise significant national security and law enforcement risks by providing opportunities for China Telecom Americas, its parent entities, and the Chinese government to access, store, disrupt, and/or misroute US communications, which in turn allow them to engage in espionage and other harmful activities against the United States," the FCC said.

to US government authorities about where China Telecom stored its US records, raising questions about who has access to those records" and "inaccurate public representations...