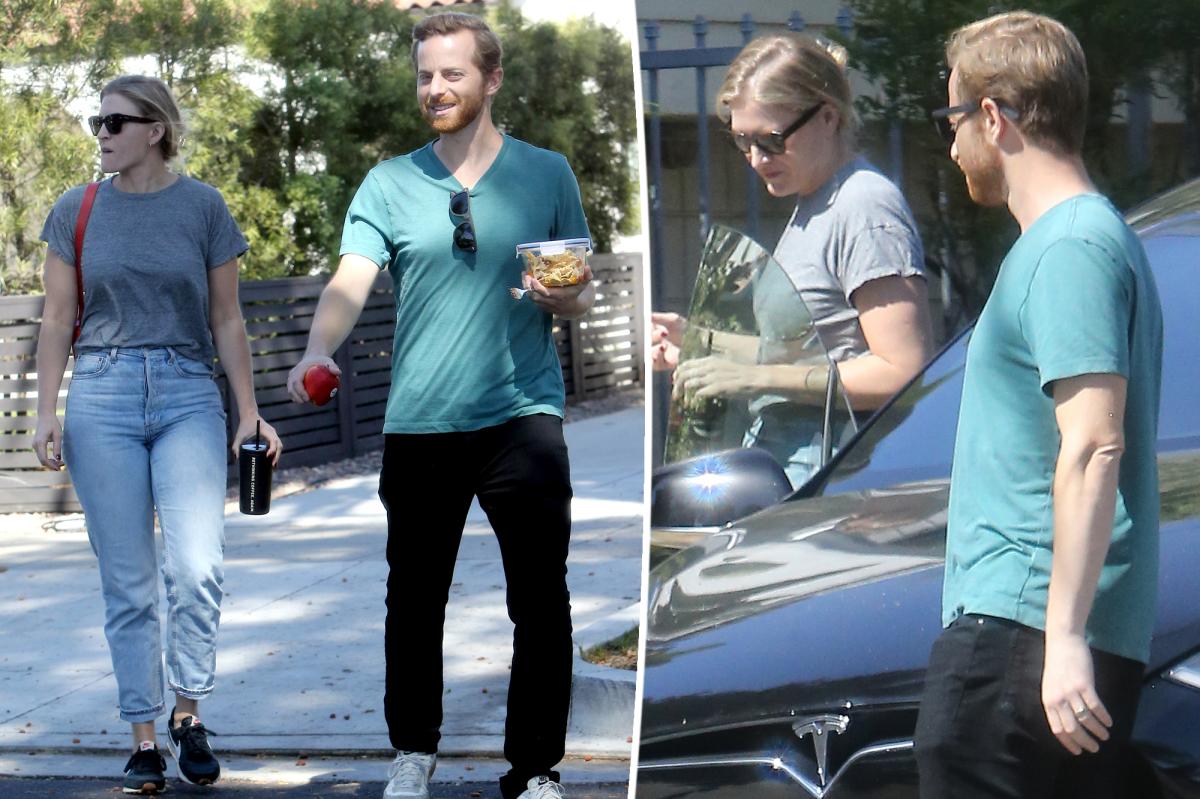 Sep 29, 2022 57 secs
“Try Guys” star Ned Fulmer and his wife, Ariel Fulmer, were spotted wearing their wedding rings on Wednesday after he was fired for cheating on her.Ned — who dressed casually in a green shirt, black jeans and sneakers — could be seen holding a food bowl, making his wedding band visible.He appeared unbothered by the online criticism as he was seen smiling in one of the images.Ariel, on the other hand, rocked a gray T-shirt and jeans while holding a water jug that showed off her silver wedding band.For her solo outing, the interior designer was seen wearing her band again — as evidenced by a photo in which she was texting on her phoneOn Tuesday, the “Try Guys” announced on Instagram that Ned was “no longer working” with the group as rumors began to swirl he had an affair with a producer on the popular YouTube series

We thank you for your support as we navigate this change,” the statement from the fellow “Try Guys,” Keith Habersberger, Zach Kornfeld and Eugene Lee Yang, further read