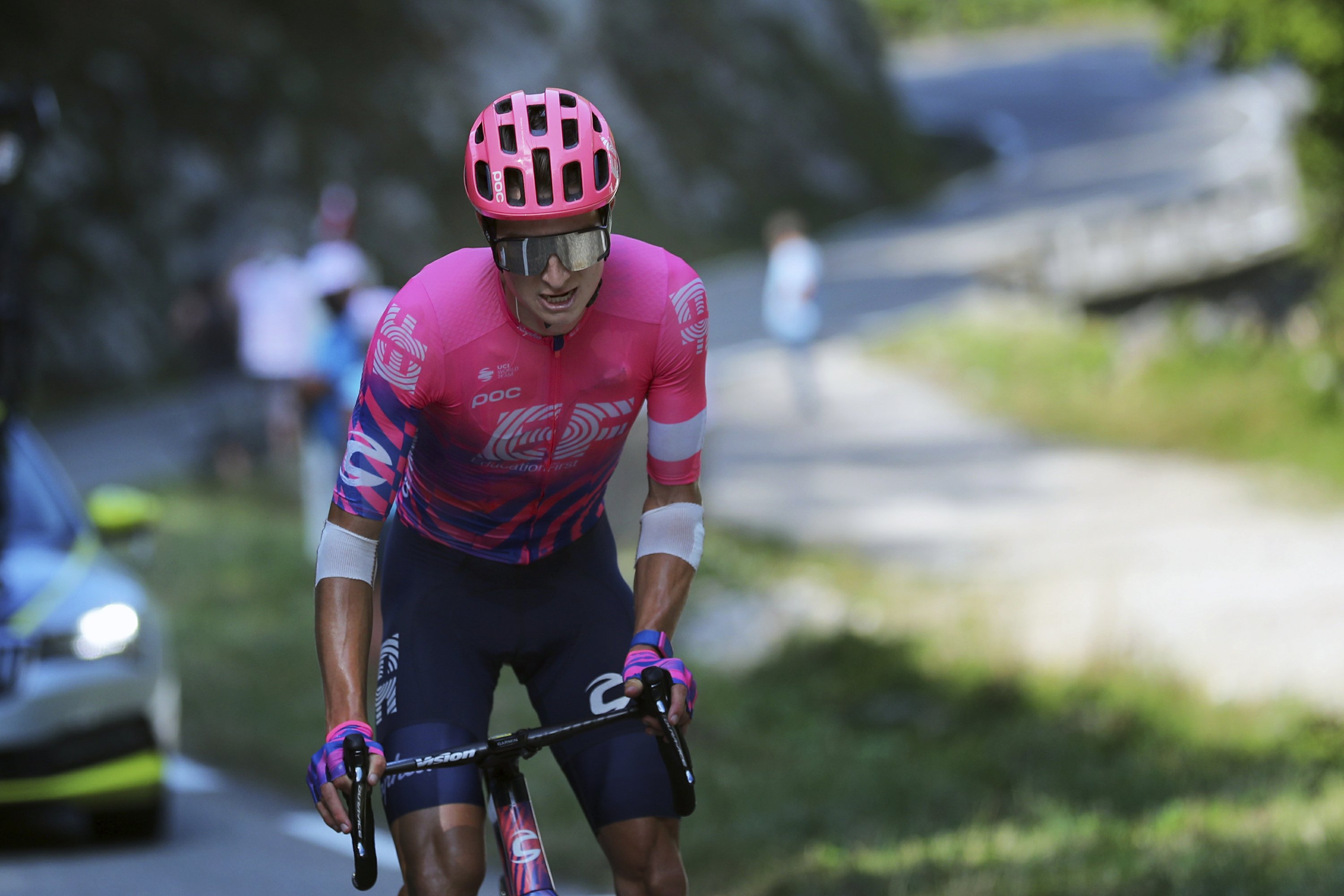 Sep 19, 2020 1 min, 17 secs
LE PECQ, France (AP) — A late draft to the Tour de France, Neilson Powless didn’t have time to scramble together a turtle necklace, the spirit animal of his Native American tribe, or paint one of their wampum bead belts on the frame of the bike that he’s ridden for three punishing weeks, over 3,300 kilometers (2,000 miles) of roads.

But although unable to carry the Oneida Tribe’s symbols with him, the Tour rookie has become a powerful symbol himself as the first tribally recognized Native North American to have raced in the 117-year-old event.

Not only has Powless survived cycling’s greatest and most grueling race, he distinguished himself in a crop of exciting young talents who helped set this Tour alight.

Powless traces his Oneida heritage back to his grandfather, Matthew Powless.

The good news for American cycling is that Powless saw his future on a bike, instead.

“This Tour will be a massive point of growth for him,” Jonathan Vaughters, his boss at the EF Pro Cycling team, told the AP.

Vaughters says he only found out that Powless is one-quarter Oneida from the rider’s dad just days before he took the Tour start on Aug.

Still, when pressed, Powless proudly points out that he has a tribal ID recognizing him as one of the 16,500 Oneida members.

Told just days before the Tour that he was on the team, Powless says he didn’t have time to discreetly decorate his bike or source a replacement for the turtle necklace he broke last year