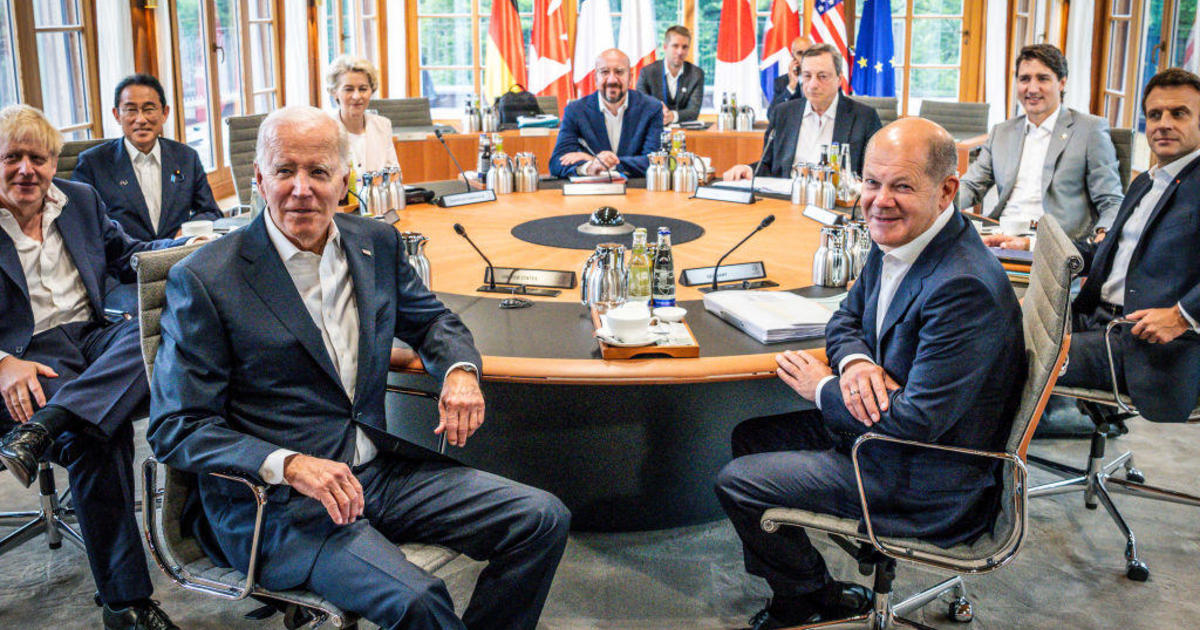 Wittig and Morell trace the evolution of America's standing in the eyes of the world from the end of the World Wars to the end of the Cold War, through the period following 9/11, the wars in Iraq and Afghanistan, to today.

Wittig and Morell also discuss how its domestic instability may undermine America's credibility and ability to lead. .

And quite frankly, I can't think of anyone better placed than you to have that conversation with - your time in Washington, your time in London, your time in New York, all your contacts around the world give you, I think, more insight into this question than really anybody else I can think of?

You obviously have your own perceptions, of course, but you also have, I'm sure, gotten a very good sense of the perceptions of many other folks around the world as well?

I also want to just start by saying that that I hope we can talk about foreign government perceptions of the United States, not necessarily public perceptions.

Peter, I think the best place to start is to talk about why foreign perceptions of the United States matter.

Some Americans saying, 'Who cares what others in the world think of us?'.

PETER WITTIG: Michael, I have two thoughts on your question.

Perceptions of other countries matter a lot because perceptions influence, sometimes even determine, foreign policy choices.

Those perceptions shape their countries' decisions.

So my second thought is one that I have as a great friend of the United States.MICHAEL MORELL: So, Peter, let's talk a little bit about how and why perceptions of the U.S.PETER WITTIG: Well, when the Second World War ended and the Cold War started, the U.S.

at that time depended on the camp to which these countries belonged.

For Germany and other countries in Western Europe, nature was the military and political reassurance that guaranteed their existence.

This is the so-called unipolar moment for the U.S.: How did governments around the world perceive the United States then and why.

PETER WITTIG: Well.The assumption being that, sooner or later, most countries of the world would follow the, if I may say so, liberal Democratic script of the West?MICHAEL MORELL: Peter, we're going to talk in detail in a little bit about Ukraine, but I want to ask you here, if you believe that the United States and NATO made a mistake during this unipolar moment by expanding NATO to the east, by expanding it right to the Russian border.PETER WITTIG: Michael, you're right.

These countries wanted to get out of a security gray zone as fast as possible, and with NATO membership, locked in their success as Western style democracies and prevented a kind of a backsliding into a security and political no man's land.

And besides the NATO-Russia agreement of 1997 that followed the invitation for Eastern European countries to join, it was de facto a recognition of this new reality by Russia.MICHAEL MORELL: Peter, talk a little bit about the perceptions of the United States after 9/11.

You have the rise of populism in the United States.

and some Eastern European countries supported the US.

MICHAEL MORELL: Yes, sure.PETER WITTIG: And Iran was the winner of this geopolitical earthquake.

That alienated many countries and tarnished the image of the U.S.

Only 58 countries, mainly the European and Asian allies, take part in the sanctions regime against Russia.

Many important countries even refuse to condemn Russia's war of aggression.

Not only China, but many heavyweights from the global south India, Brazil, Mexico, South Africa, the Gulf countries.

In this sense, the world is far from united in its perception of the U.S.

MICHAEL MORELL: So I'm wondering, Peter, what's behind the reluctance of so many countries in the world to condemn Putin's invasion of Ukraine and to support the West and the Ukrainians.PETER WITTIG: I think they have different motivations?

Some of those countries are heavily dependent on arms deliveries or energy supply from Russia.

They think it will be to their detriment if they join the Western camp.

So their motivations are manifold and different for each of those countries who have not joined us in resisting Russia's aggression.

MICHAEL MORELL: Peter, I'm going to ask a broader question to you in a minute about China.PETER WITTIG: Well, yes.MICHAEL MORELL: Peter, as you look at Ukraine today, what concerns you most about the war there.PETER WITTIG: Michael, my concern is that wih all the admirable, heroic bravery of the Ukrainian armed forces and the weapons flowing in from Western countries, Russia is making gains in the Donbas in the eastern part of Ukraine, mainly because of its relentless artillery attacks.MICHAEL MORELL: Peter, as you think about where this might be headed - and I know this is a tough question - but at this point, what do you think the outcome will ultimately be.

I tend to think that on the battlefield, in the end, neither side will be able to claim outright victory.

Michael, I think it will not end well for Russia.

As you think about the changing perceptions of the United States over the last several decades, are there any broad lessons, broad themes that jump out to you.

And I think this is the main challenge of the U.S.

MICHAEL MORELL: I couldn't agree more with that, Peter.

Obviously, the relationship between the United States and China is important for the whole world, and how that relationship evolves will be important to the world.

If you could advise both the United States and China about how to manage that relationship going forward, what would your broad thoughts be.