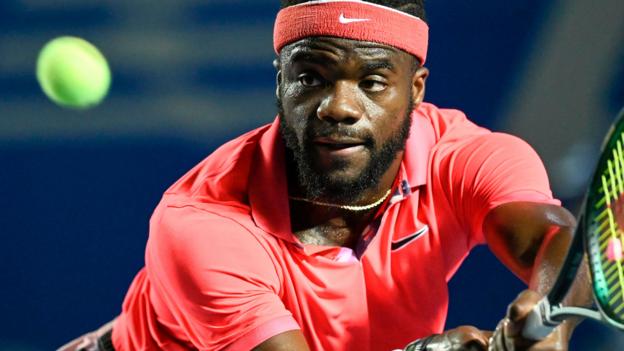 American Frances Tiafoe - whose video protesting about the death of George Floyd has been widely viewed - says athletes do not always appreciate the influence they have.

In the video, Tiafoe and his girlfriend, Ayan Broomfield, put their racquets down and raise their hands to "spread awareness about the unjust deaths of many African-Americans".

"Sportsmen have a lot, a lot of pull, and I think we don't even realise how much it really is," Tiafoe, the son of Sierra Leonean immigrants, told Newsday on the BBC World Service.

And those are the things that can really make changes.

If they really speak out and make a difference, I think things can happen.".

"I think it was important to portray the power that black tennis players have," Ayan said.

"I think that a lot of the time we forget how much we can accomplish when we come together.

Analysis and opinion from the BBC's tennis correspondent

How to get into tennis - it's fun, will keep you fit and caters for all levels and abilities