'Frightful' never-before-seen tyrannosaur might be the 'missing link' in T. rex evolution - Livescience.com 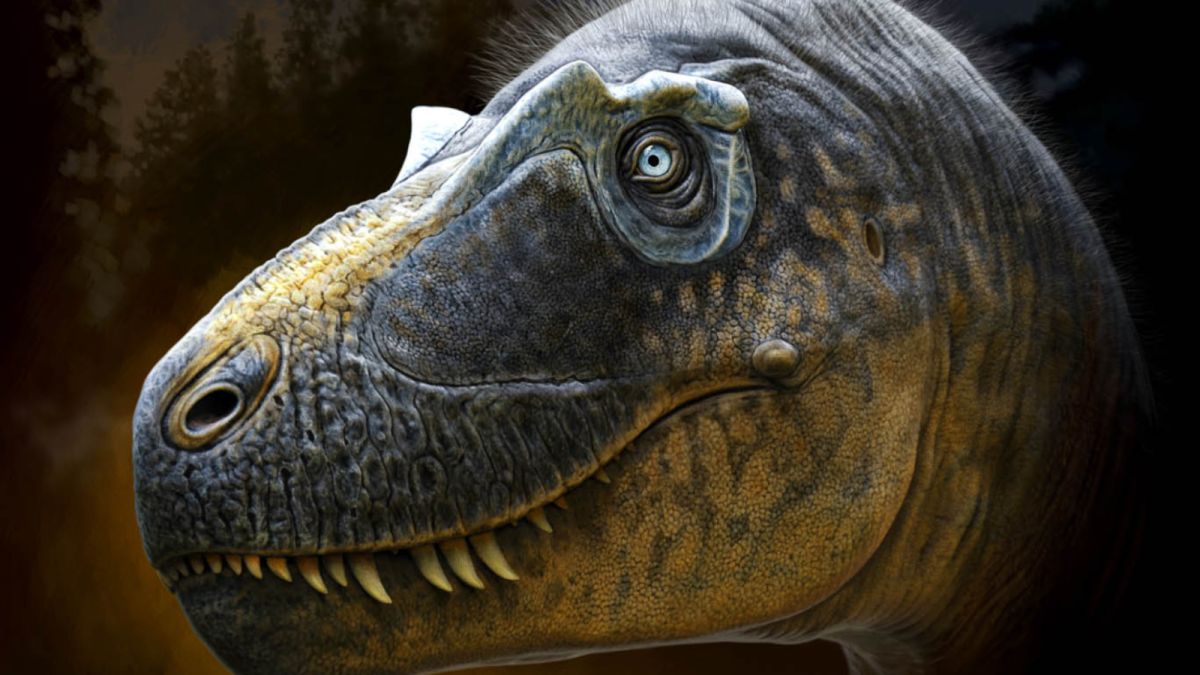 Nov 28, 2022 1 min, 20 secs
Live Science is supported by its audience.Paleontologists have discovered fossils belonging to a newfound species of tyrannosaur, which could fill an important gap in the evolutionary history of T.

The newfound species could help settle a big debate about T.

The newfound species, Daspletosaurus wilsoni, has a unique arrangement of spiked hornlets around its eyes.

The tyrannosaur was identified from parts of a fossilized skull and skeletal fragments, including a rib and toe bone, that date to about 76.5 million years ago during the Cretaceous period (145 million to 66 million years ago).

The anatomy of the newfound beast supports the idea that the Daspletosaurus lineage is ancestral to the mighty T.

Until now, the Tyrannosauridae lineage has been difficult to unravel, making it hard to determine the exact evolutionary relationships between individual species."Many researchers disagree as to whether tyrannosaurids represent a single lineage evolving in place, or several closely related species that do not descend from one another," study co-authors and palaeontologists Elías Warshaw and Denver Fowler wrote in a statement (opens in new tab).

wilsoni suggests that the three daspletosaurs came one after the other, like "consecutive ladder-like steps in a single evolutionary lineage," rather than branching off from one another like "evolutionary cousins," the researchers wrote. .

wilsoni is a 'halfway point' or 'missing link' between older and younger tyrannosaur species," the researchers wrote. .