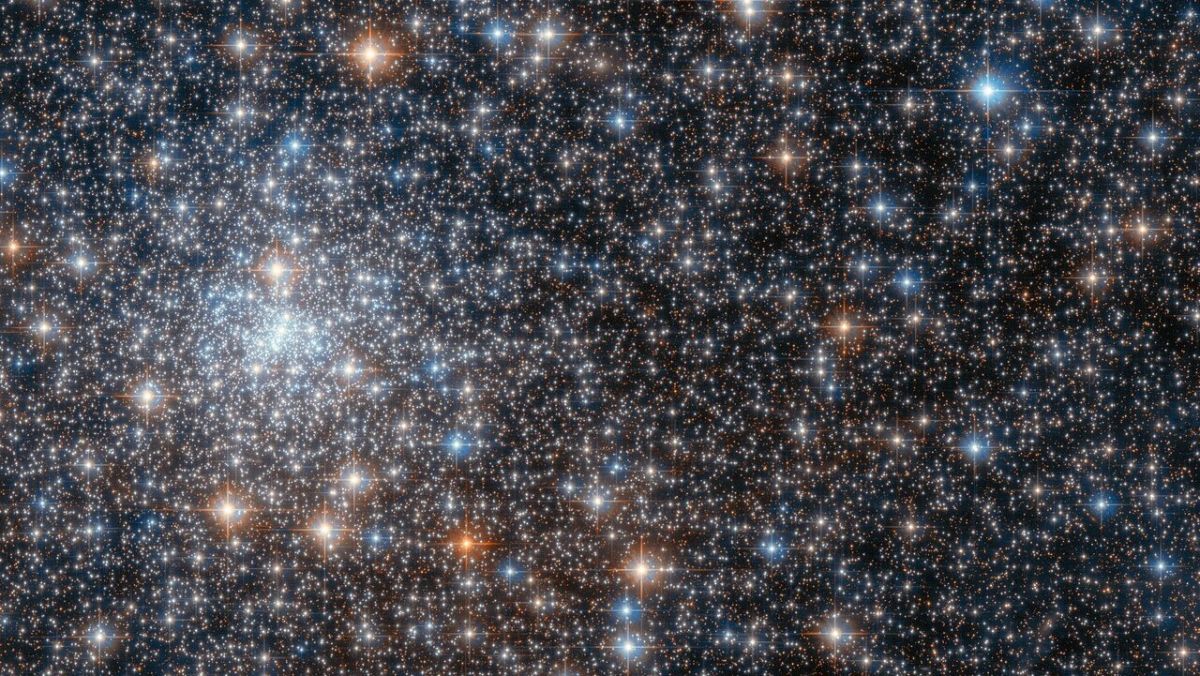 "As this observation shows, the stars in globular clusters can be densely packed; this image is thronged with stars in a rich variety of hues.".