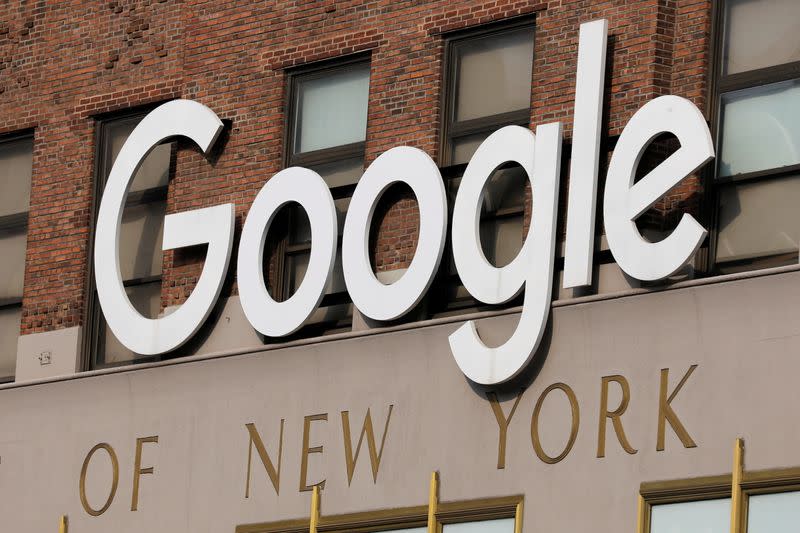 Jul 30, 2021 1 min, 48 secs
WASHINGTON (Reuters) - Alphabet's Google has asked a judge hearing the Justice Department's antitrust lawsuit against the search and advertising giant to compel Microsoft to turn over documents, saying it has failed to comply with a subpoena, according to a court filing unsealed late Thursday.Google served a subpoena to Microsoft [MSFT.O] more than three months ago, seeking documents regarding Microsoft's Bing search engine as well as its Internet Explorer and Edge but has not received them, the filing said.Google says some of the documents might shed light on whether Microsoft was actually restrained from competing with Google, or whether it simply failed to compete successfully."In particular, there are nineteen Microsoft employees who held important positions relating to activities at the core of this case but whose files Microsoft refuses to commit to search at this time," Google said in the filing.Google's search engine is the market leader by far while Bing's share is in single digits.Microsoft, also in a filing late on Thursday, said that Google's additional requests brings the total number of custodians, whose files Microsoft will have to search, to 55.Google has failed to offer "specific reasons" for why these additional files are necessary, Microsoft added.According to Google, these executives covered issues at the core of the case, including the development and distribution of Microsoft's various search engines, Microsoft’s search advertising business, and Microsoft's effort to market devices that would give it more search access points beyond the Windows desktop.

The federal case against Google and a broader state case have been consolidated for purposes of trial preparation?