Guatemala to Kamala Harris: Give Americans' Jobs to Our Migrants 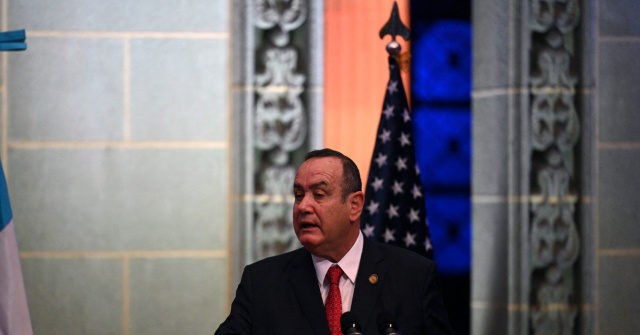 Jun 08, 2021 1 min, 41 secs
President Joe Biden should help Guatemalans get Americans’ wages — in exchange for Guatemala helping to curb the flow of worldwide migrants across the border, according to Guatemalan President Alejandro Giammattei.“We need the Americans to help us to stop the deportations” of Guatemalan migrants, Giammattei told a reporter.The answer came after a reporter asked about Guatemala’s proposal that the roughly one million Guatemalan migrants living in the United States be awarded “Temporary Protected Status” (TPS) by Biden’s deputies.

The TPS status allows illegal migrants to stay and work in the United States for many years.

For example, when illegal migrants are caught near the border, Mayorkas uses his legal authority to send them back to the five-yard line in Mexico instead of flying them 2,000 miles back to Central America.He is helping economic migrants get jobs by letting them file for political asylum in the United States.He is helping older migrants stay in the United States by letting them use the 2008 law to pull their left-behind children up into the United States.Guatemala’s government also uses the migrants — and their remittances — to muffle pressure from young people for political and economic reforms.Mayorkas is also cutting another hole in border protections for Americans by allowing U.S.-based migrants to bring their left-behind family members up to the United States.

We believe that we can start a very simple process to allow [Guatemalan] people to migrate regularly to the United States.

In return, Giammattei suggested he would set up a U.S.-style center to aid the few migrants who are deported by Mayorkas.We spoke about the need to support the United States with a return center [for deported migrants] that will be located in the western part of the country, and for which we’re going to implement.

We also discussed illicit drugs that are being smuggled and humans who are being trafficked across those borders, undermining the security of both the people of Guatemala and the people of the United States.