Hapless star 'spaghettified' by black hole. And astronomers capture the gory show in a first. - Livescience.com 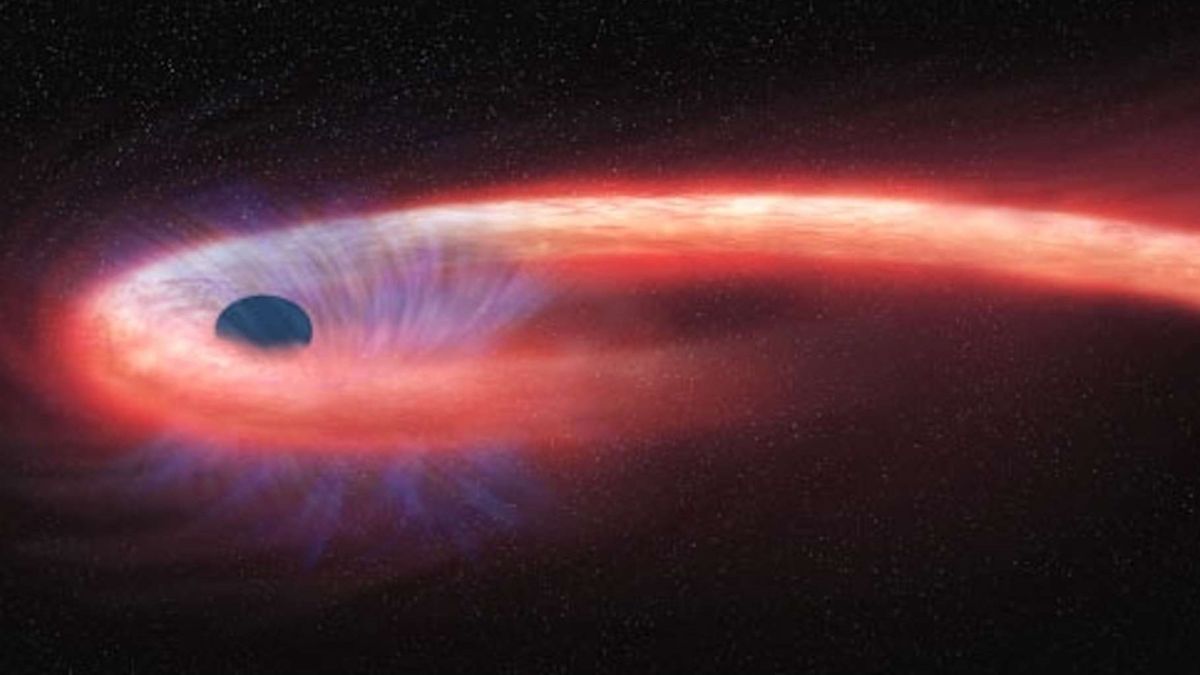 May 11, 2021 1 min, 13 secs
For the first time, astronomers have caught a glimpse of a star being "spaghettified" as a supermassive black hole rips it apart. .After getting too close to a colossal black hole — located 750 million light-years from Earth and weighing 30 million times the mass of our sun — the hapless star was ensnared by the hole’s gravity and devoured.

As it drew the star closer, the black hole’s gravity produced powerful tidal forces, stretching the star out into a long noodle shape and producing a bright flash of optical light, X-rays and radio waves that telescopes on Earth detected . .

Although astronomers have spotted bursts like this and attributed them to "spaghettification" for decades, only recently did a group of researchers working at SRON Netherlands Institute for Space Research and Radboud University, also in the Netherlands, observe a star being spaghettified around a black hole.The researchers captured the image by spotting unusual absorption line patterns around the pole of the black hole.

It revealed a long strand wrapped many times around the black hole like a ball of yarn.

Usually, absorption lines (the gaps observed in the light spectrum when matter absorbs light of very specific wavelengths) can only be spotted when we look at the equator of the black hole, which is the line along which the black hole spins and where a flow of material called an accretion disk orbits.

Only 1% of the star ever gets swallowed by the black hole, Live Science previously reported.