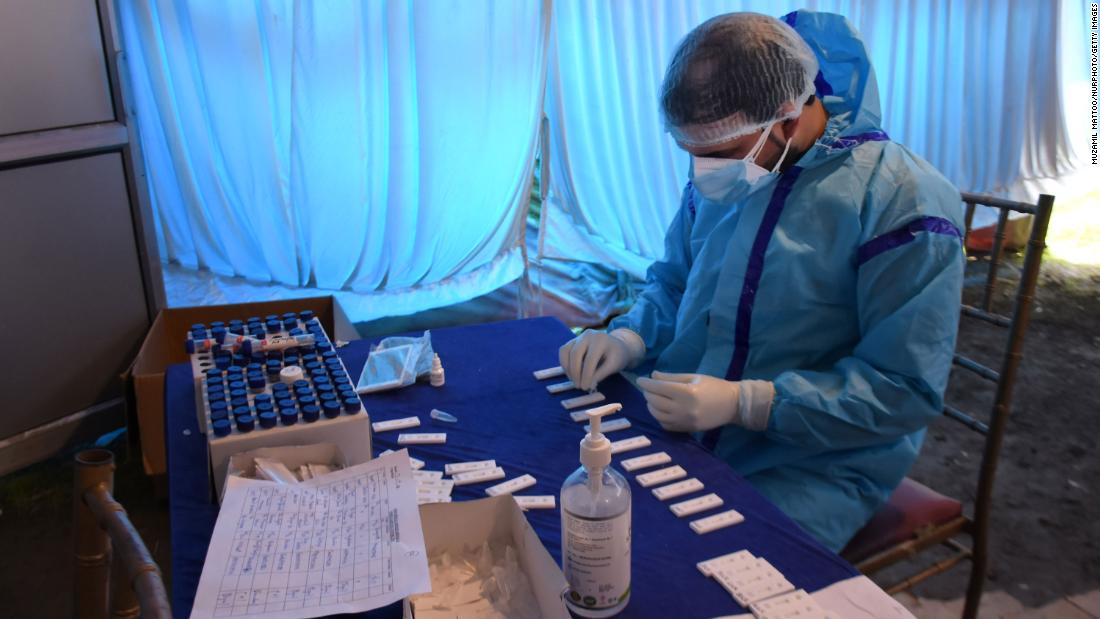 May 07, 2021 3 mins, 24 secs
Vaccine makers are so worried about the chance new variants will escape the protection offered by immunization that they are already testing booster shots and tweaking their vaccine formulas to specifically target some of the more troubling variants.And doctors around the world are warning that even more variants will arise as the virus continues to evolve inside the bodies of the tens of millions of people it is infecting.The CDC has designated three levels of variants: variants of interest, which have the potential to be dangerous but haven't caused much disruption yet; variants of concern, which are more contagious, evade some treatments, cause more severe disease or get past diagnostic tests; and variants of high consequence, which significantly evade the effects of vaccines or treatments."Currently there are no SARS-CoV-2 variants that rise to the level of high consequence," CDC says.Here's what's known about the variants of interest and variants of concern:Variants of interestIn laboratory tests, all the CDC-designated variants of interest have been found to resist the immune attack in blood taken from people who have recovered from Covid-19, as well as from people who have been vaccinated.B.1.526 - First seen in New York last November, B.1.526 has what's called a 484 mutation.

It accounted for just under 9% of samples sequenced in the US as of April 10.

New CDC research published this week shows it's not associated with more severe infection or a greater risk of reinfection.B.1.526.1 - Also first seen in New York, B.1.526.1 has a different pattern of mutations when compared to the original strain sequenced from China, including one called L452R that seems to help the virus infect cells more easily while at the same time making it harder for antibodies to attack.B.1.617 - First seen in India in February, this one is sometimes misleadingly called a "double mutant" because it has both an L452R mutation and a 484 mutation -- although not quite the same 484 mutation seen in other worrying variants.B.1.617.1, B.1.617.2 and B.1.617.3 - These were all first seen in India, and were circulating before B.1.617.

Chris Whitty, chief medical officer for England, said during a Royal Society webcast Thursday that the B.1.617 variants probably fall in the middle in terms of danger between B.1.1.7, which seems almost fully susceptible to vaccines and treatments, and B.1.351, which has been documented to infect people who recovered from infection with earlier variants of coronavirus, and also to partly evade the protection offered by vaccines.

P.2 - Circulating in Brazil since last year, this variant also carries the worrying E484K mutation and has not been found widely globally.Variants of concernCDC defines these as variants for which there is evidence they are more transmissible, cause more severe disease, fail to respond to treatment, evade immune response or fail to be diagnosed by standard tests.B.1.1.7 - The B.1.1.7 variant first seen in the UK has been shown to be at least 50% more transmissible and some evidence suggests it may cause more severe disease, although at least one study found no evidence of this.

The effectiveness against any documented infection with the B.1.351 variant was 75%," the researchers wrote in a letter to the New England Journal of Medicine.

B.1.351 - First seen in South Africa, this variant has both the E484K mutation that is linked with immune escape and the N501Y mutation suspected of helping make other variants more contagious.

Vaccine makers trying to get out ahead of the new variants by developing booster shots have focused on B.1.351, as it's the variant scientists most fear could elude vaccine protection.

Blood tests suggest it might be able to re-infect people who have been vaccinated against Covid or who have recovered but that has not been demonstrated in real life yet.