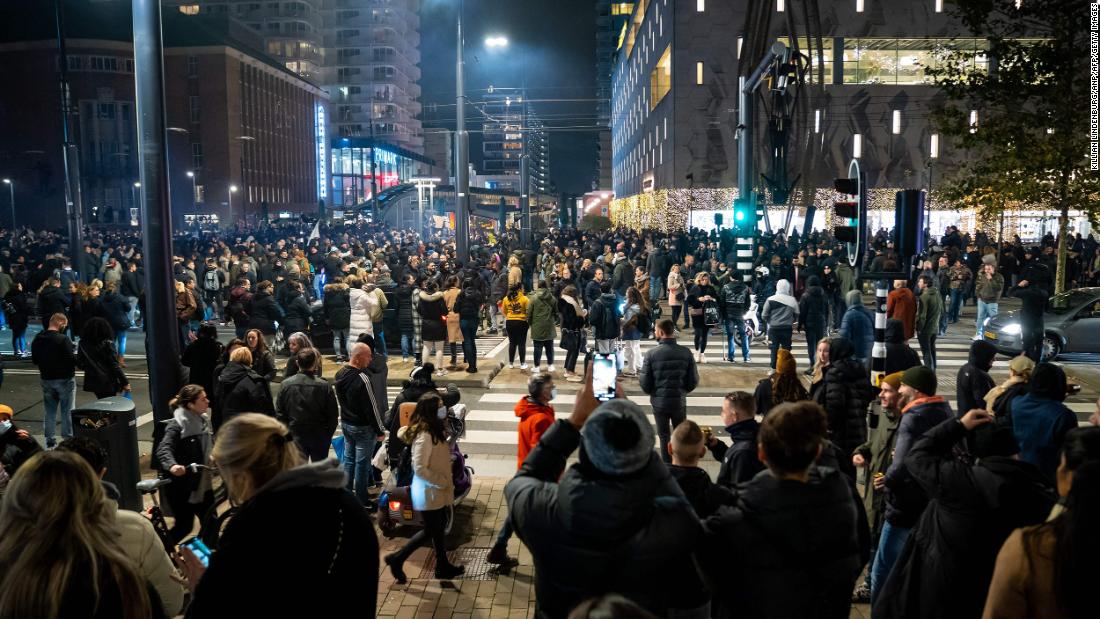 Nov 20, 2021 1 min, 9 secs
Rotterdam Police said the demonstration on Coolsingel, one of the main streets in the center of the city, "resulted in riots." They said numerous fires were started, fireworks were let off and officers were forced to use warning shots to disperse crowds."We fired warning shots and there were also direct shots fired because the situation was life-threatening," police spokesperson Patricia Wessels told Reuters."We know that at least two people were wounded, probably as a result of the warning shots, but we need to investigate the exact causes further," she said.The protests were organized after the Netherlands reimposed some lockdown measures last weekend for an initial three weeks, in an effort to slow a wave of coronavirus cases.

Daily infections are at their highest levels since the start of the pandemic, as the country struggles to beat back a wave of transmission that has swept central Europe.

Protesters voiced their opposition to "corona passes," which show a person's vaccination status and are required to enter a number of public venues.

The pass is also available to people who have not been vaccinated, but have proof of a negative test.