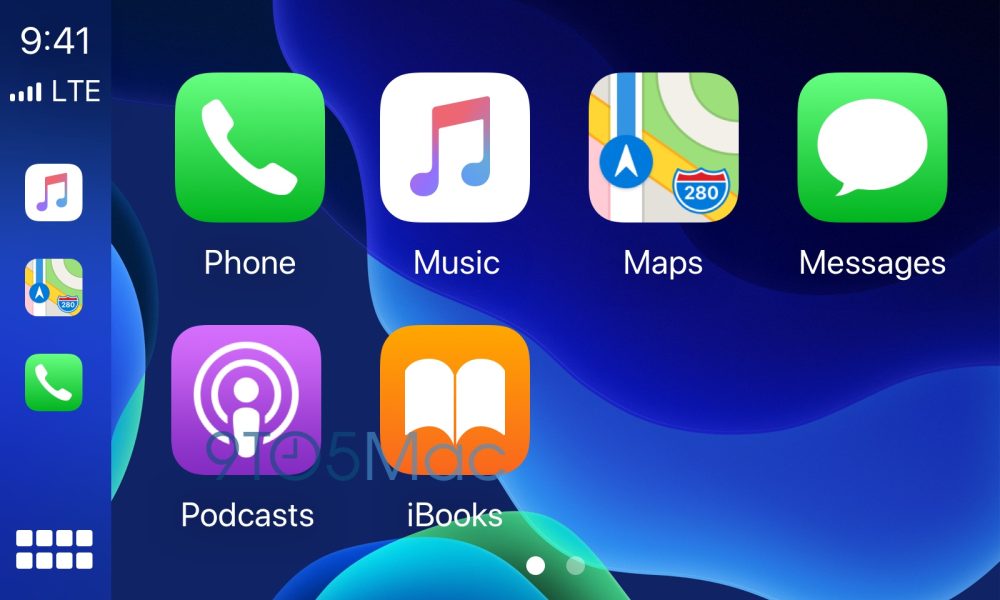 Based on leaked code obtained by 9to5Mac, we found evidence that iOS 14 will include a new home screen page that allows users to see all of their application icons in a list view.

This particular feature might be similar to the current Apple Watch app list view, but with advanced sorting options available.

Apple is also working on home screen widgets, 9to5Mac learned. Instead of pinned widgets like on iPadOS 13, the new widgets will be able to be moved around, just like any app icon.

iOS 14 will feature a redesigned wallpaper settings panel, which includes default wallpapers separated by collections, such as “Classic Stripes”, “Earth & Moon”, and “Flowers.” Instead of showing all wallpapers together, users will be able to scroll through each collection to find a specific wallpaper more easily.

With iOS 14, users will be able to receive alerts if the iPhone detects sounds like fire alarms, sirens, doorbells, and more.

iOS 14 code reveals that Apple is testing its new AR system with Apple Stores and Starbucks, so people would be able to use the iPhone or iPad camera to learn more about a product.

9to5Mac found out that CarKey lets users unlock, lock, and start a car using an iPhone or Apple Watch.

With iOS 14, users will be able to check the availability of Genius Bar services at each Apple Store directly from Apple Maps.

In addition to that, Apple Maps will highlight places that have seating for couples, discount for children, private rooms, and movie theaters with IMAX sessions.

Apple’s Magic Keyboard and Smart Keyboard designed for iPad lacks function keys, which can be a downside as users need to access the Settings app or Control Center to change screen brightness or keyboard backlighting.

Apple revamped Find My app last year with iOS 13, which now allows users to track lost devices and also share their location with family and friends.

If an iPhone or iPad stops working, it’s often necessary to restore the device’s firmware using a Mac or PC.

But Apple is now testing a new feature called “OS Recovery” that will let users restore an iOS device directly over-the-air as well as by connecting it via USB to another iPhone or iPad, similar to how Apple’s Migration Tool works.

It should work just like the macOS Internet Recovery, which has been available for years and allows users to reinstall the operating system over the internet without needing another computer nearby.

Prior versions of tvOS 13 code have revealed that Apple is working on a new Apple TV box, but iOS 14 also includes the tidbit that there might also be a new Siri TV Remote.

This early build of iOS 14 also revealed that Apple is testing new iPhone models with a time-of-flight sensor, which is likely the same LiDAR Scanner as iPad Pro.