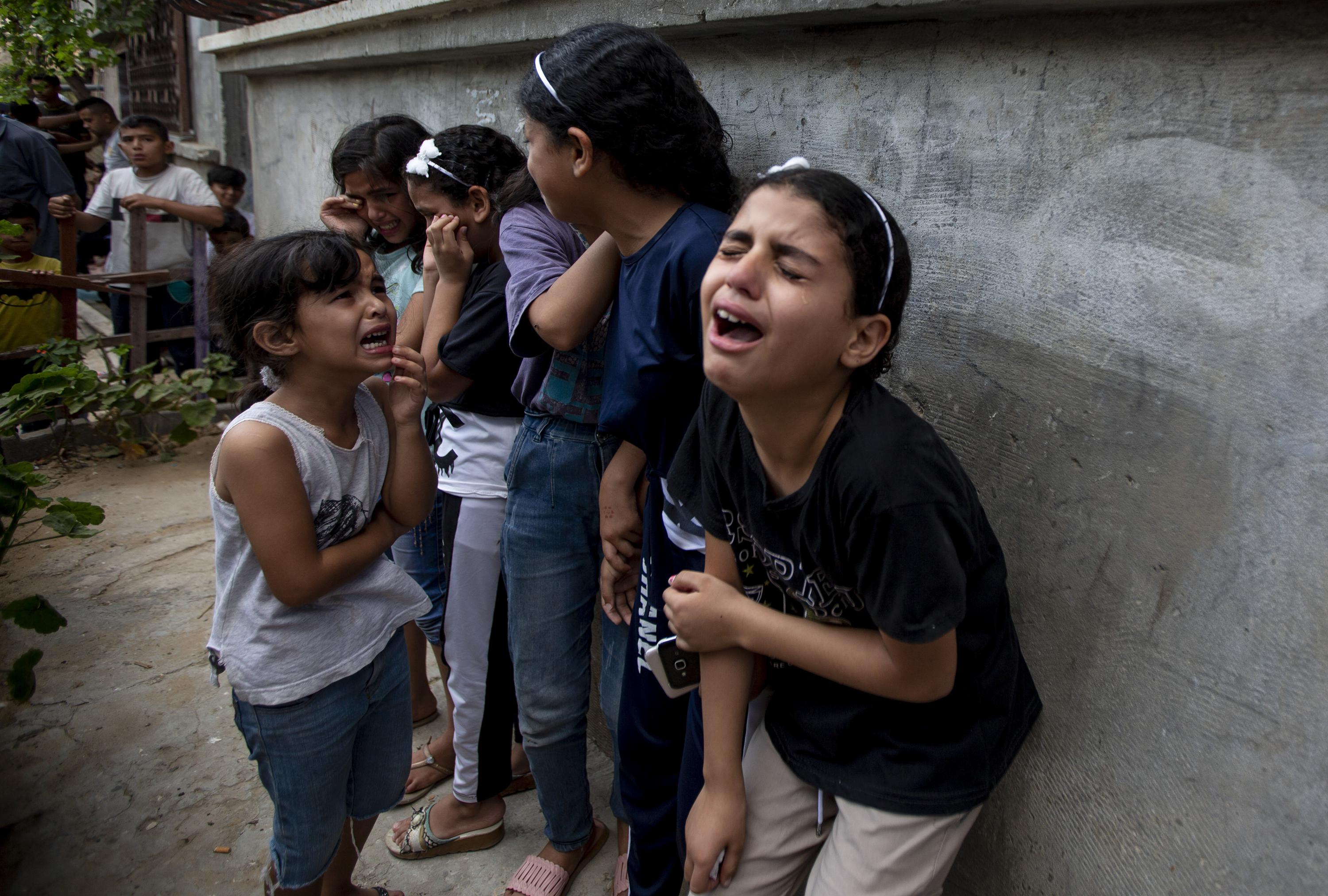 Aug 06, 2022 1 min, 18 secs
GAZA CITY, Gaza Strip (AP) — Israeli airstrikes flattened homes in Gaza on Saturday and rocket barrages into southern Israel persisted, raising fears of an escalation in a conflict that has killed at least 15 people in the coastal strip.The fighting began with Israel’s killing of a senior commander of the Palestinian Islamic Jihad militant group in a wave of strikes Friday that Israel said were meant to prevent an imminent attack.On Saturday afternoon, Israeli warplanes stepped up strikes with hits on four residential buildings in Gaza City, all locations apparently linked to Islamic Jihad militants.

In each case, the Israeli military warned residents ahead of the strikes.

On Friday evening, Israeli Prime Minister Yair Lapid said in a televised speech that “Israel isn’t interested in a broader conflict in Gaza but will not shy away from one either.”.

The Israeli military said early estimates were that around 15 fighters were killed.

The latest round of Israel-Gaza violence was rooted in the arrest earlier this week of a senior Islamic Jihad leader in the West Bank, part of a monthlong Israeli military operation in the territory.

On Friday, it killed Islamic Jihad’s commander for northern Gaza, Taiseer al-Jabari, in a strike on a Gaza City apartment building.