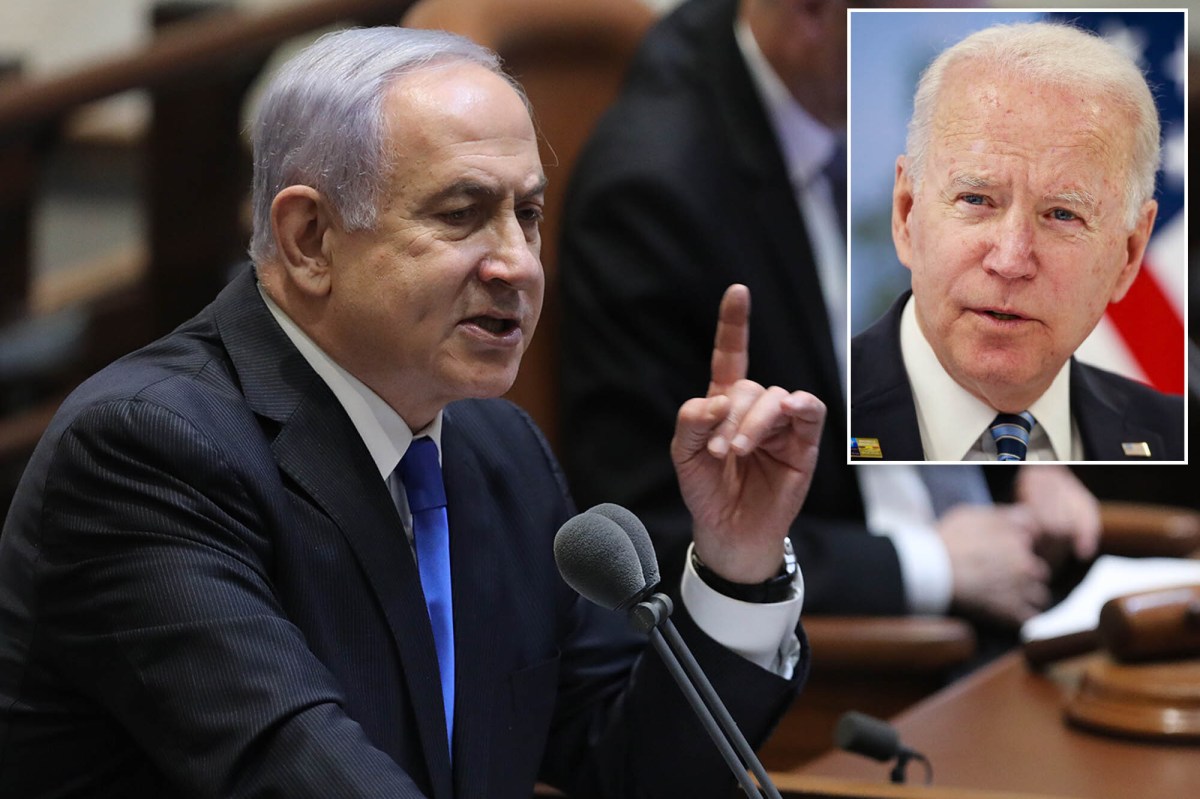 Jun 14, 2021 1 min, 12 secs
Outgoing Israeli Prime Minister Benjamin Netanyahu on Sunday blasted President Biden’s policy approach to Iran in a “scorched earth” final address to the parliament — comparing the US return to the Iran nuclear deal to President Franklin Roosevelt declining to bomb the train tracks to Auschwitz when he had the opportunity.In his last Knesset address as prime minister, a defiant Netanyahu spoke for more than half an hour, declaring that he would no longer keep his foreign policy disagreements with the Biden administration “behind closed doors.”.“The new US administration requested that I save our disagreements on the Iran nuclear deal for behind closed doors, and not share them publicly,” Netanyahu said Sunday, according to the Times of Israel.The prime minister was ousted Sunday, when the parliament voted to install a new government after Netanyahu in March failed to form a government after elections.

Naftali Bennett, who is reportedly opposed to the Iran deal, will serve two years as prime minister, and will be replaced in 2023 by centrist Yair Lapid, according to the agreement.

Netanyahu, who has served as prime minister since 2009, accused the new coalition taking over of not being ready and able to stop Iran from obtaining nuclear weapons

I’ll be happy if this doesn’t come true, but from the moment the US returns to the Iran deal, this government will not approve operations against Iran to stop their armament,” Netanyahu said, according to the Jerusalem Post