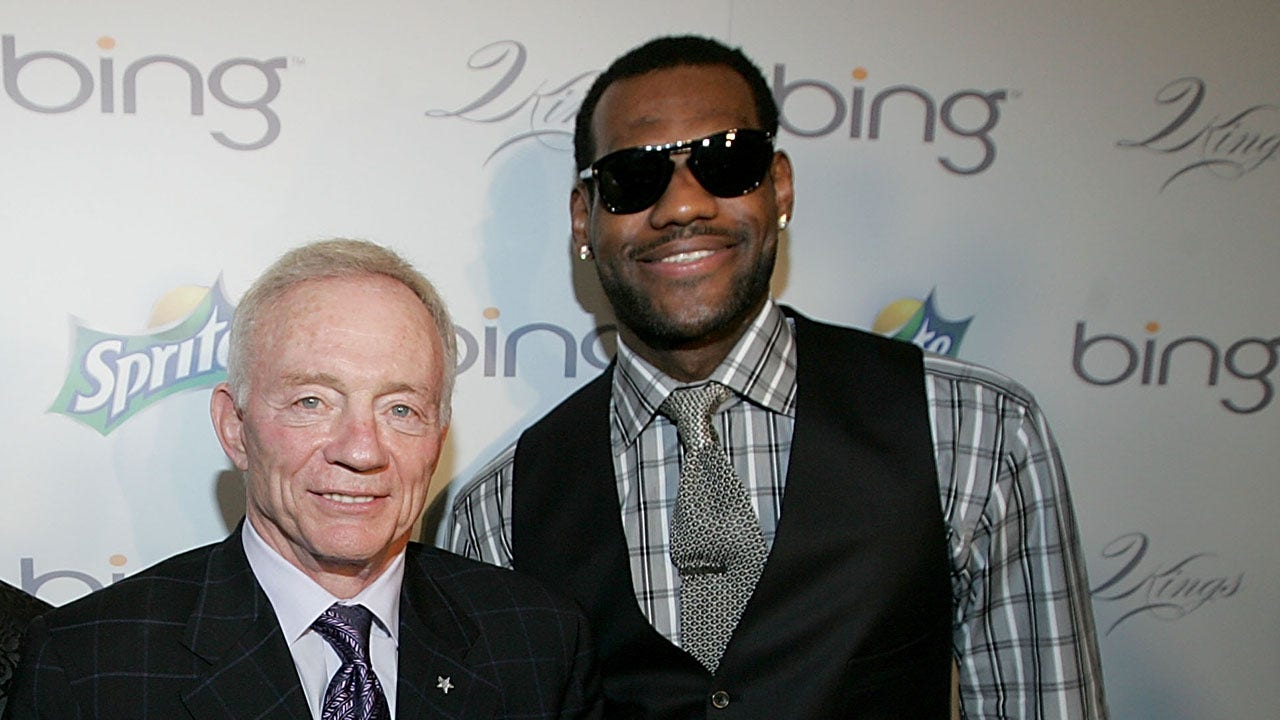 Dec 03, 2022 1 min, 53 secs
LeBron James scolded the media Wednesday for failing to ask him his feelings about an old, resurfaced photo from 1957 of Dallas Cowboys owner Jerry Jones at a desegregation protest at North Little Rock High School when Jones was a freshman at the school.Jones said he was at the protest out of curiosity rather than arguing to keep his school segregated, but James wondered why he was not pressed on the topic.Despite James' criticism of the Cowboys owner, Jones responded by praising the NBA superstar.

"When I watch Kyrie talk, and he says, 'I know who I am, but I want to keep the same energy when we're talking about my people and the things that we've been through,' and that Jerry Jones photo is one of those moments that our people, Black people, have been through in America," James said. .

LeBron James of the Miami Heat throws a football at AT and T Stadium before a game between the New York Giants and the Dallas Cowboys Sept.

"But it seems like, to me, that the whole Jerry Jones situation, photo — and I know it was years and years ago, and we all make mistakes, I get it — but it seems like it's just been buried under, like, 'Oh, it happened.LEBRON JAMES SCOLDS MEDIA FOR FAILING TO ASK HIM ABOUT JERRY JONES, SUGGESTS RACE HAS SOMETHING TO DO WITH IT.