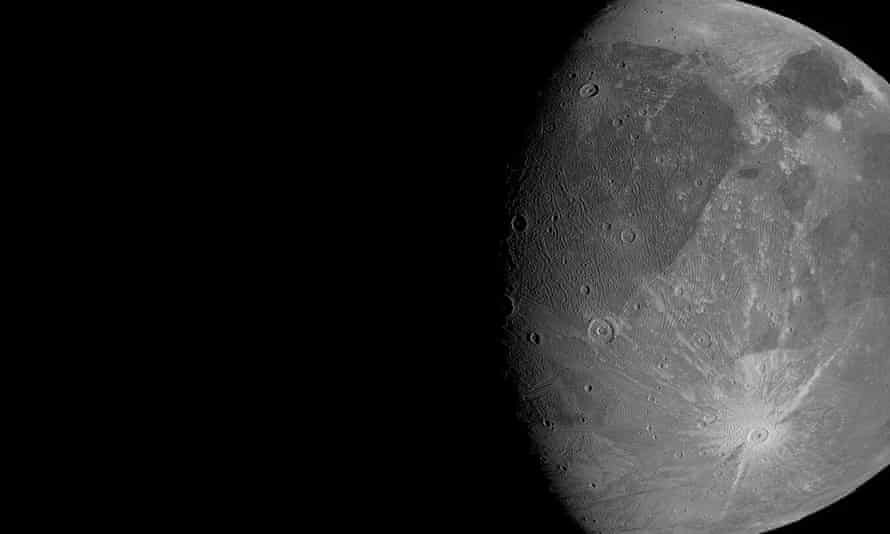 Jun 10, 2021 51 secs
Swooping low over Jupiter's largest moon, Ganymede, NASA's Juno probe has snapped the first close-up photographs of the frozen giant in more than two decades — and they're breathtaking. .Juno zoomed as close as 645 miles (1,038 kilometers) from the icy surface of the solar system's largest moon Monday (June 7), giving the spacecraft just a 25-minute window to snap photos — long enough for five exposures —— before it zipped away on its 33rd orbit of Jupiter. .Related: Jupiter's Great Red Spot: Photos of the solar system's biggest storm.–Photos: Jupiter, the solar system's largest planet.NASA's Galileo spacecraft captured the last photos of the ginormous moon, which is the ninth-largest object in the solar system, more than 20 years ago.

At 3,270 miles (5,260 km) wide, Ganymede is larger than the planet Mercury and the only moon in our solar system with its own magnetic field.