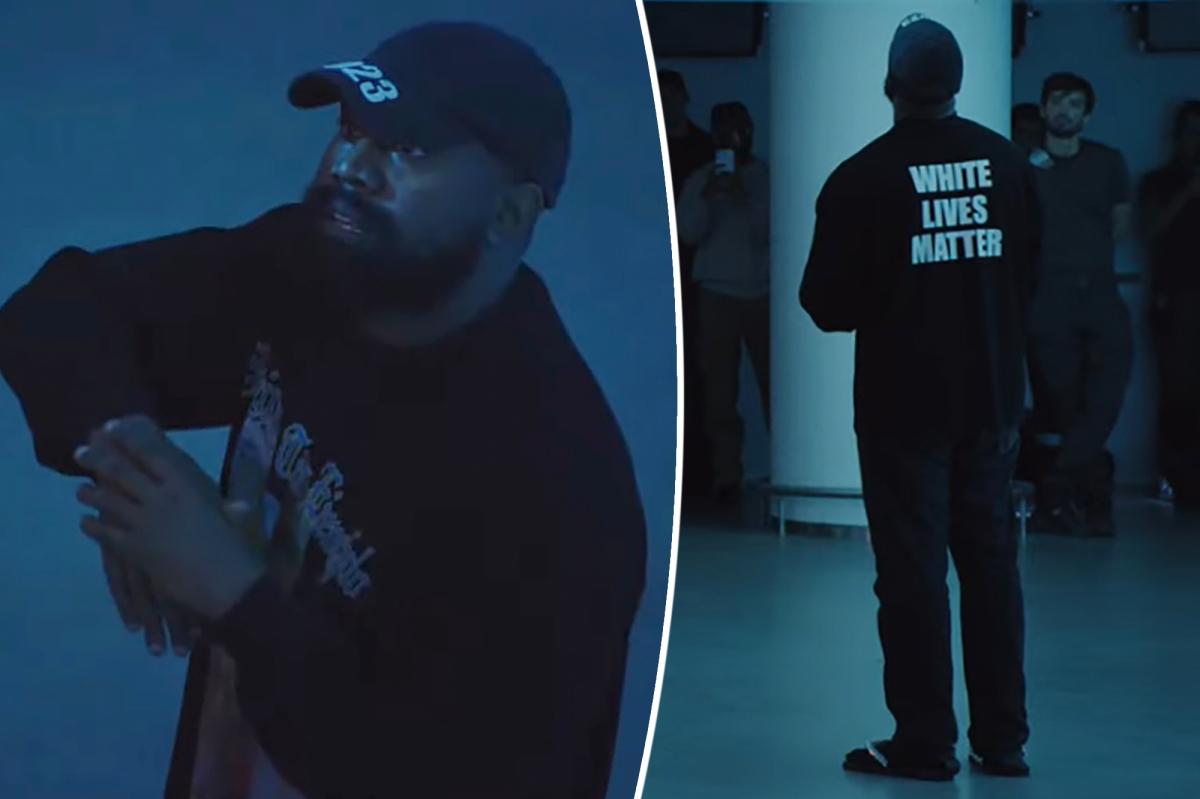 Oct 03, 2022 1 min, 2 secs
The rapper staged a surprise Yeezy fashion show on Monday in Paris, showcasing his Season 9 collection to much fanfare.Before the models appeared, West gave a speech while wearing a “White Lives Matter” T-shirt emblazoned with the Pope’s face on the front and the same bedazzled flip-flops he sported last week.He referenced his ex-wife Kim Kardashian’s 2016 Paris robbery, his former manager Scooter Braun, the struggles he faced entering the fashion industry, his recent fallout with Gap and much more.Some of the models in the show wore the same shirt emblazoned with “White Lives Matter” on the back as well while fans on social media reacted.“Sending a “WHITE LIVES MATTER” t-shirt down a runway in Paris is literal insanity and no amount of gospel is getting that man through Heaven’s gate, I’m so sorry,” one person tweeted.West has been attending fashion shows in London and Paris over the past week, even making his runway debut as a model, opening the Balenciaga fashion show on SundayPrevious Yeezy fashion shows have been marred by disaster, having previously made guests wait for hours in the hot sun, fainting models and more

However, this is the first time West is taking his designs to Paris Fashion Week